You are here: Home / Italy / Nothing Phoney about Bologna

On my first visit to Bologna, as a poor student visiting from Florence ca. 1993, I visited some Irish friends and we stayed up all night, walking the long, meandering streets eating and drinking. Before we knew it, morning had arrived and I left soon after, not having visited a single museum, church, shop or market. But Bologna left an impression as a lively, tasty, interesting, real city and in the last couple of years I’ve been trying to visit it some more.

Last weekend I brought the husband for the first time, the kids staying behind with friends, and we got to explore all those streets and alleys by bike (a rare treat for us). Below are some shots of places we did get to visit, a little sense of what we saw in about 24 hours! There’s an (unusually) excellent visitor website called Bologna Welcome with loads of tips and routes and this being a young and studenty city, you’ll find plenty of visual material on Instagram.

And the word Baloney? Bologna sausage in North America is pronounced baloney, a corruption of the original pronunciation. As a term for “fake” or “low quality” it came into use in New York in the 1920s, rhyming nicely with phoney. 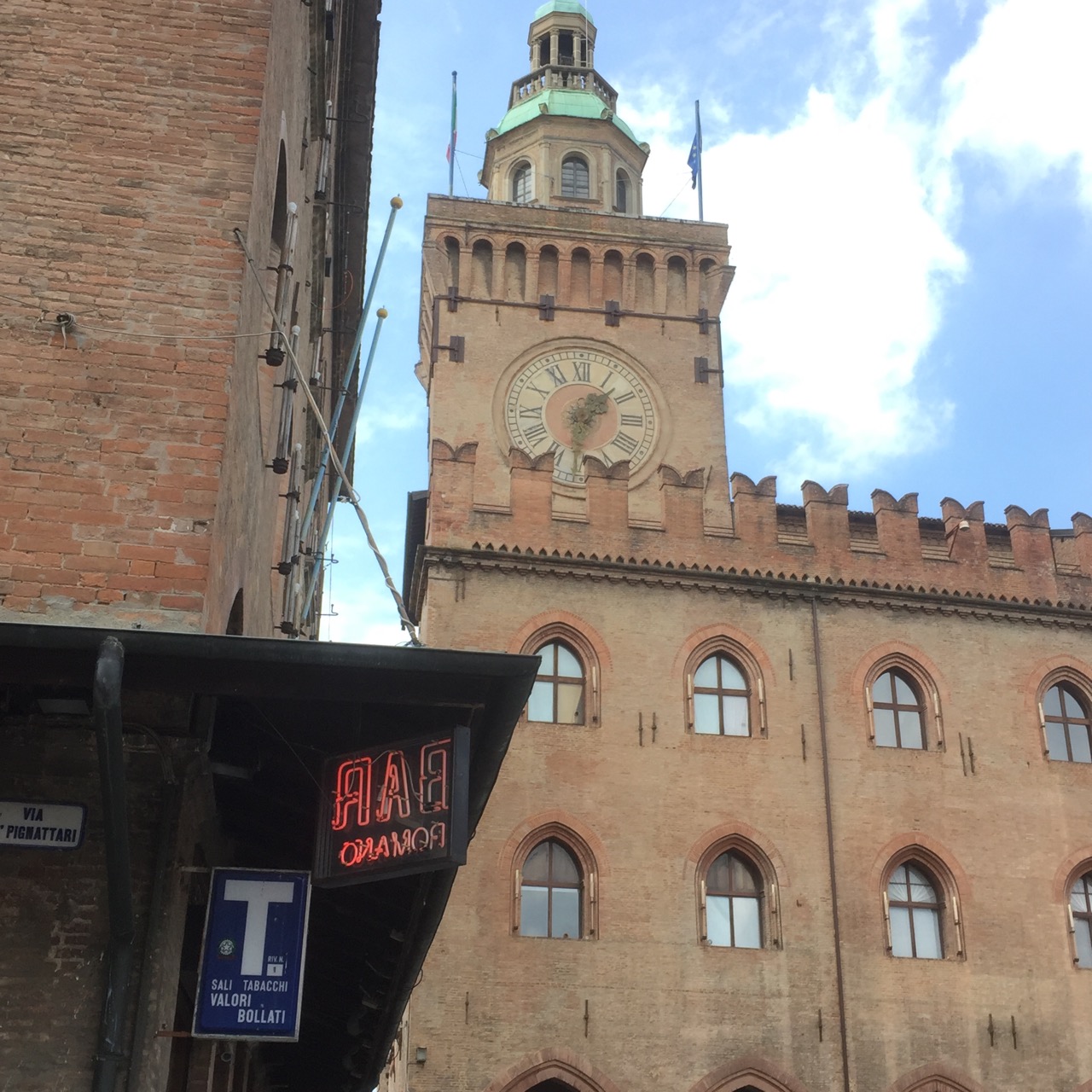 Bologna seems to hold great esteem among Italians all over the country – which is quite an achievement – and has a few well-known nicknames.

La Dotta (the learned one) referring to its university which is the oldest in the world and still fills the city with students, making it a very lively city with a sense of modern life living with history you don’t get in many “museum piece” Italian cities.

La Grassa (the fat one) as it’s famous even in Italy for its fantastic cuisine, offering Bolognaise sauce to the world, as well as tortellini in broth. You can’t go too wrong with the restaurant offerings here.

La Rossa (the red one) as most rooftops and porticoes are a lovely red but referring also to the strongly communist direction the city has mosty followed since the war. 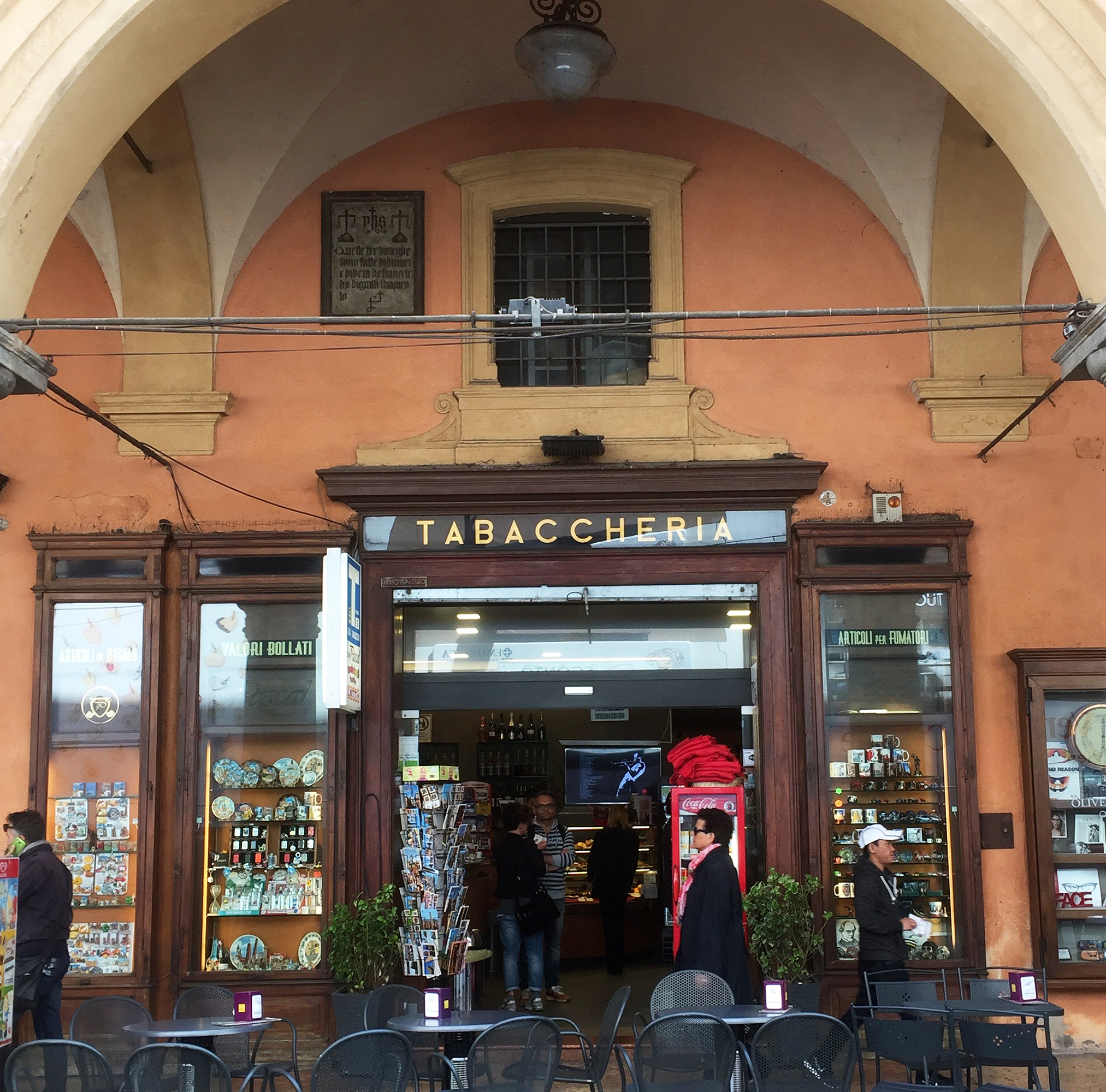 These days Bologna is only an astonishing 30 minutes by train from Florence. As the rail hub for central Italy, I spent many long regional trips in and out of it 20 years ago but now it’s all fast trains and underground platforms. We’d almost forgotten that its train station was the target of an horrific terrorist bombing in August 1980, probably by neo-fascists, in which 85 people were killed. Italy’s often bloody recent history is something you’re never too far from, living here.

I spotted this in the window of a student bar/squat. A mafia version of Monopoly. 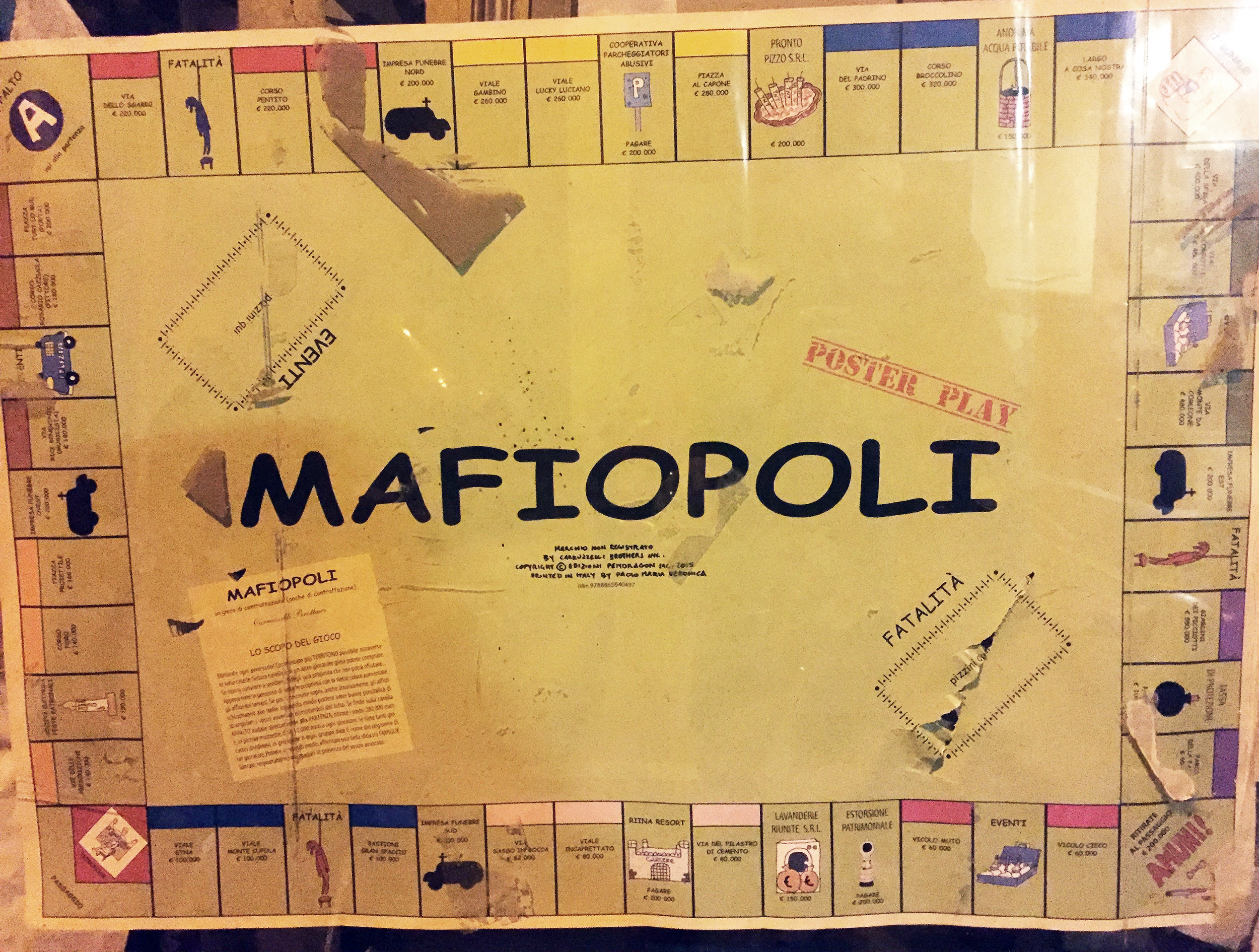 Bologna’s history is as long and interesting as any Italian city and even though it seems so close to Tuscany, it is as separate from Tuscan history as you can get, as the city was aligned with the Papal states rather than any of that Medici crowd. 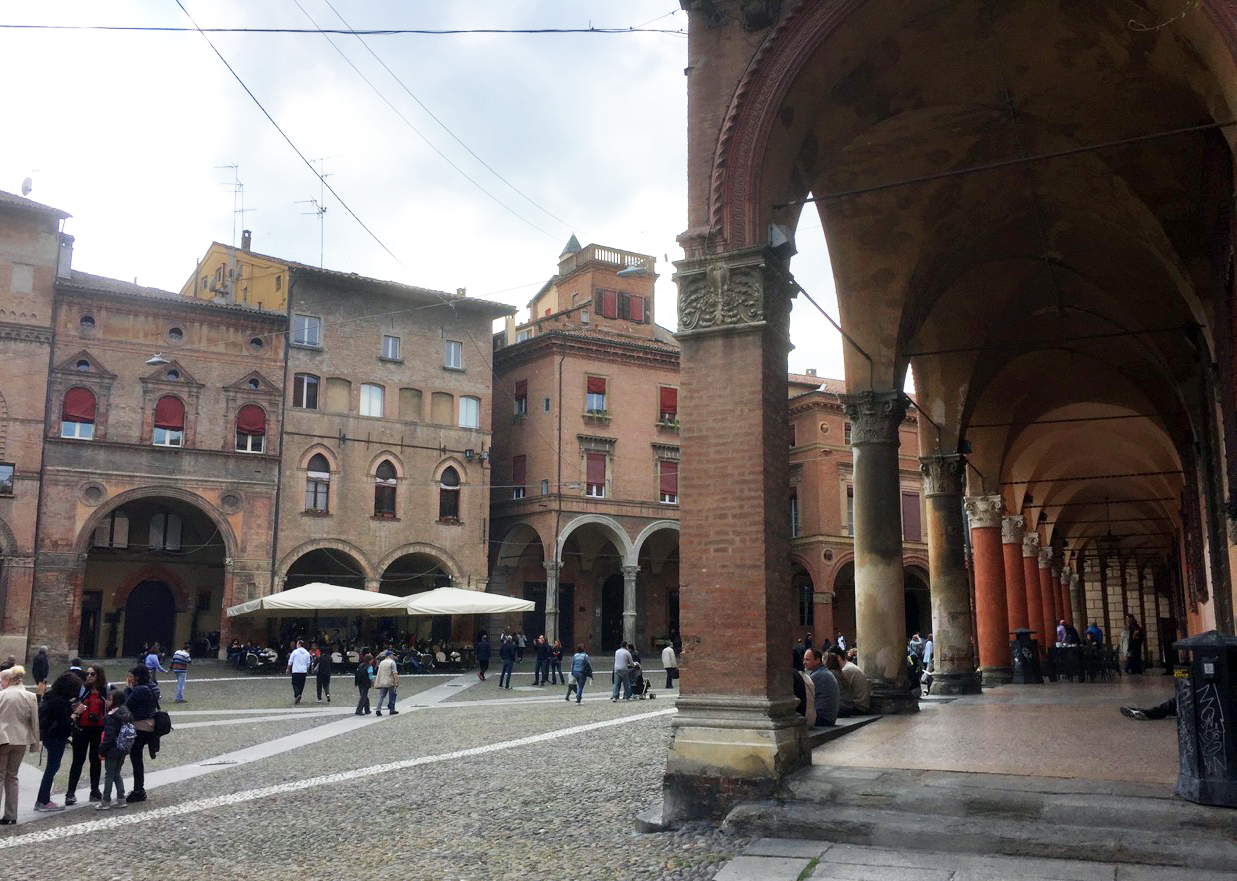 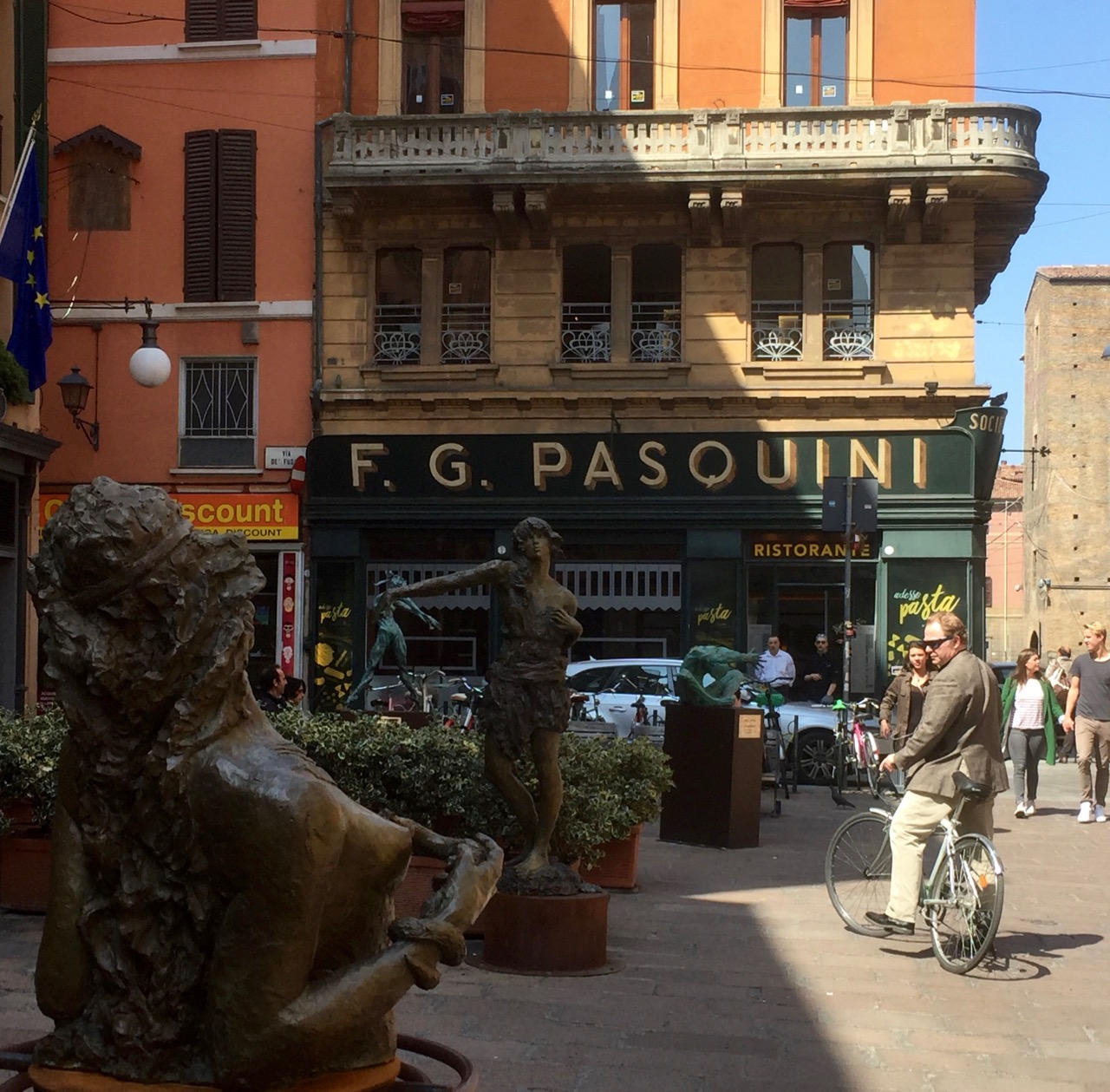 The most famous landmark in Bologna is the wonderful Neptune statue by Giambologna, but it’s covered up for renovations at the moment – that’s it to the left of this cafe. 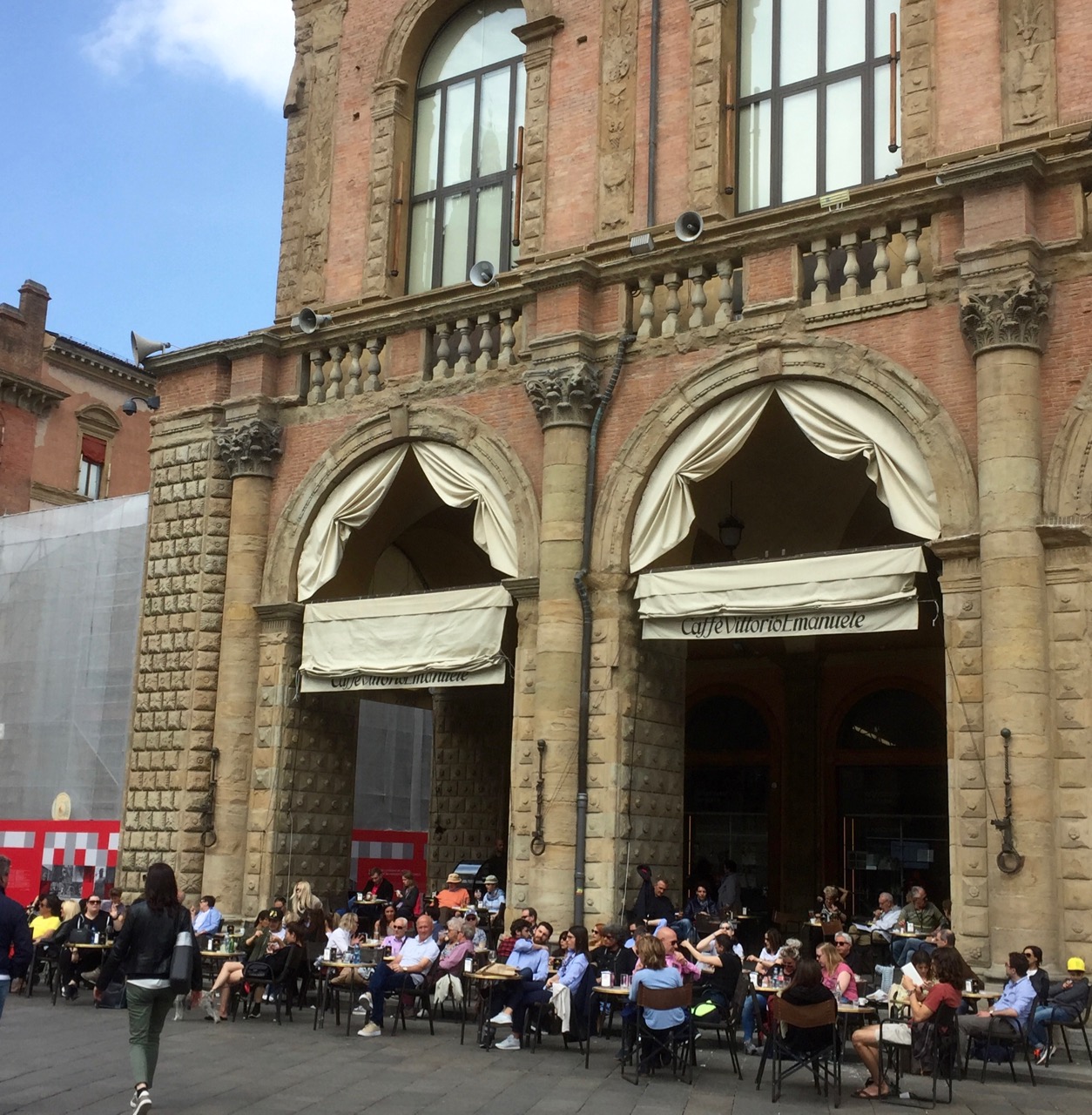 The historic centre is one of the largest in Europe and feels very circular, partly as there is no obvious river running through it. There are many towers to see, some of which you can climb. These two leaning beauties are  known as the Due Torri, a serious landmark if ever I saw one. 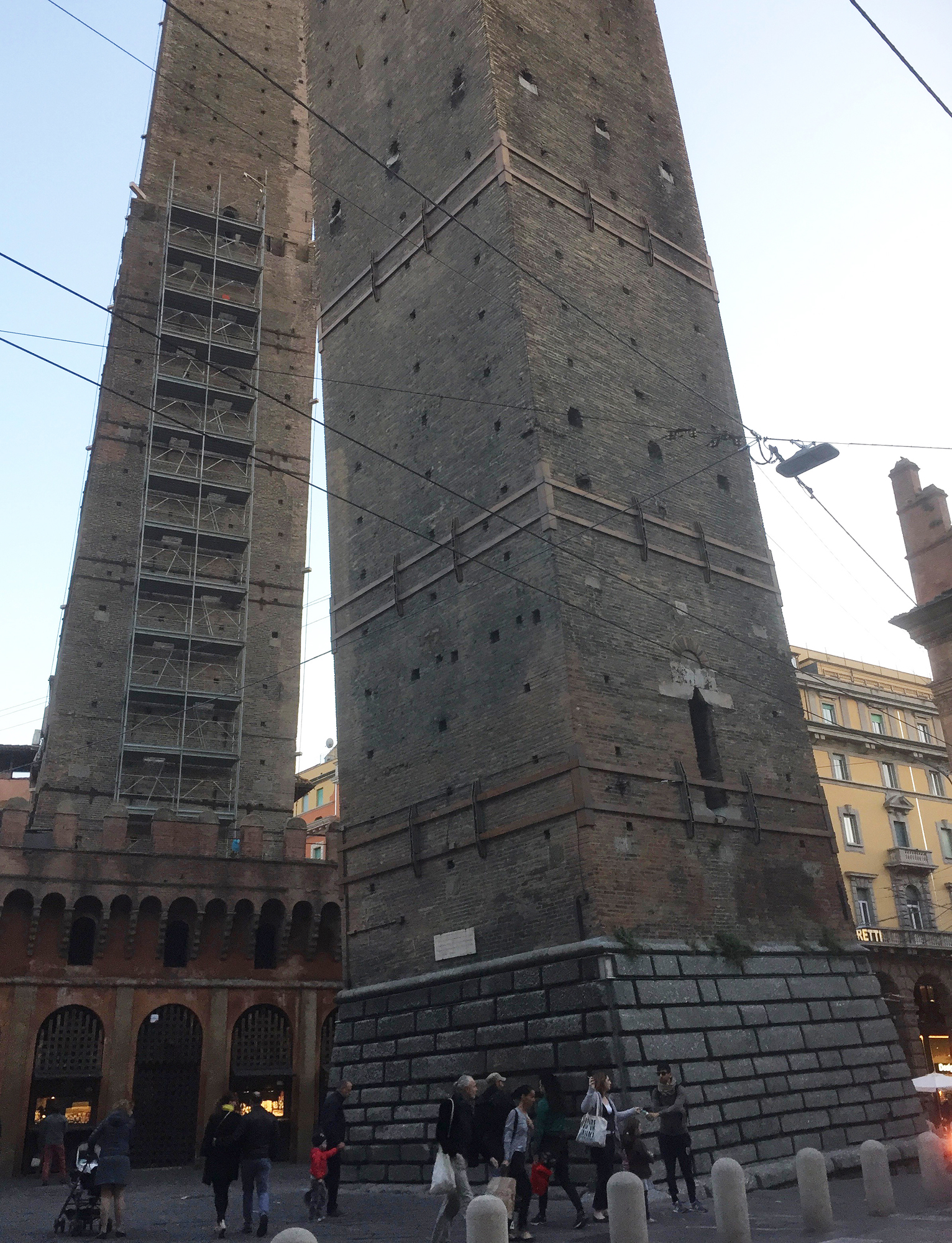 The porticoes cover about 38 km of the city streets, and I’ve heard that the locals don’t usually carry umbrellas. 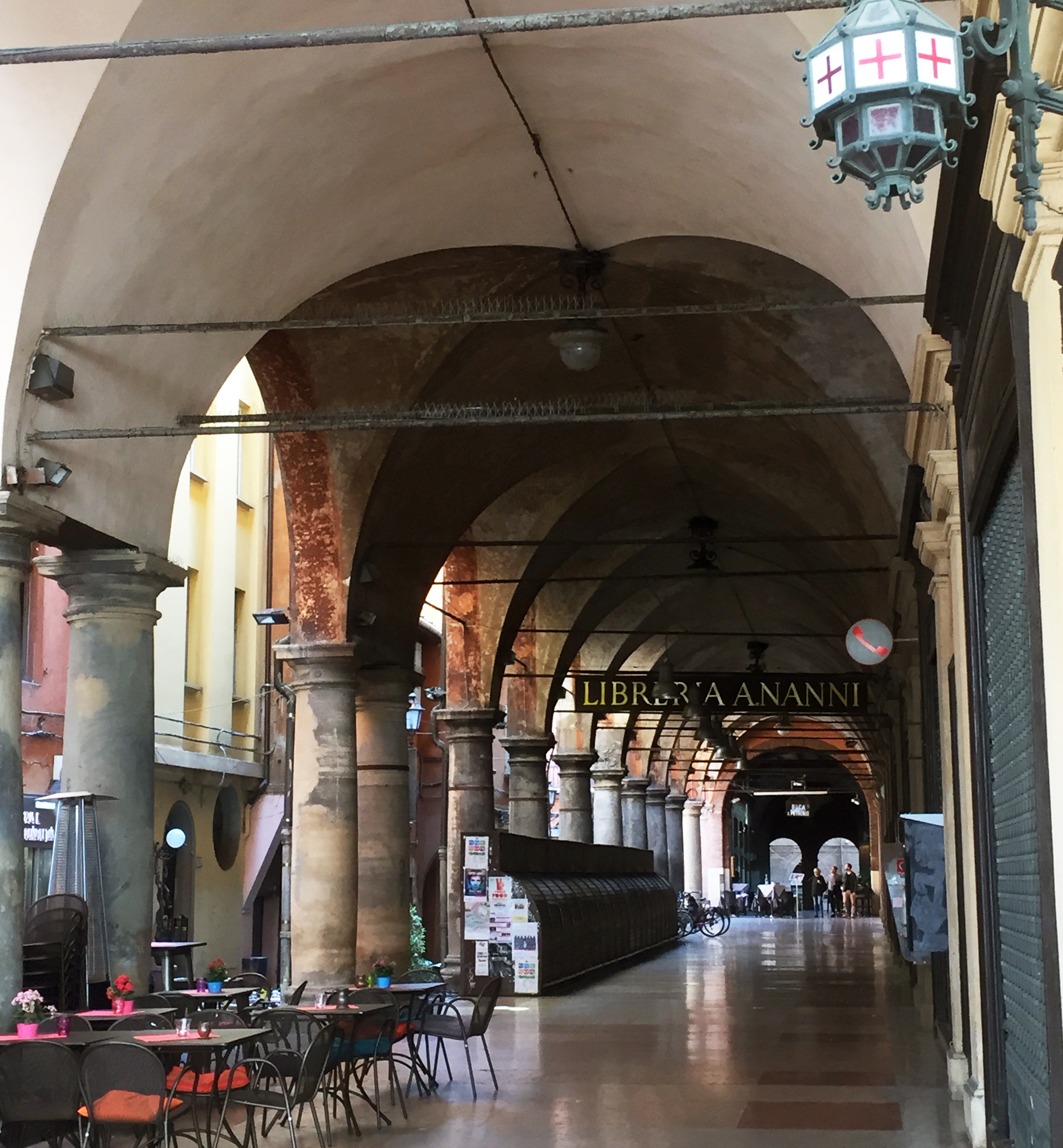 Food is really the thing in Bologna.

There are any number of fantastic trattorie, restaurants, aperitivo bars. This place is a heaven for eating well. You’ll find plenty of info online about local dishes, recommendations. 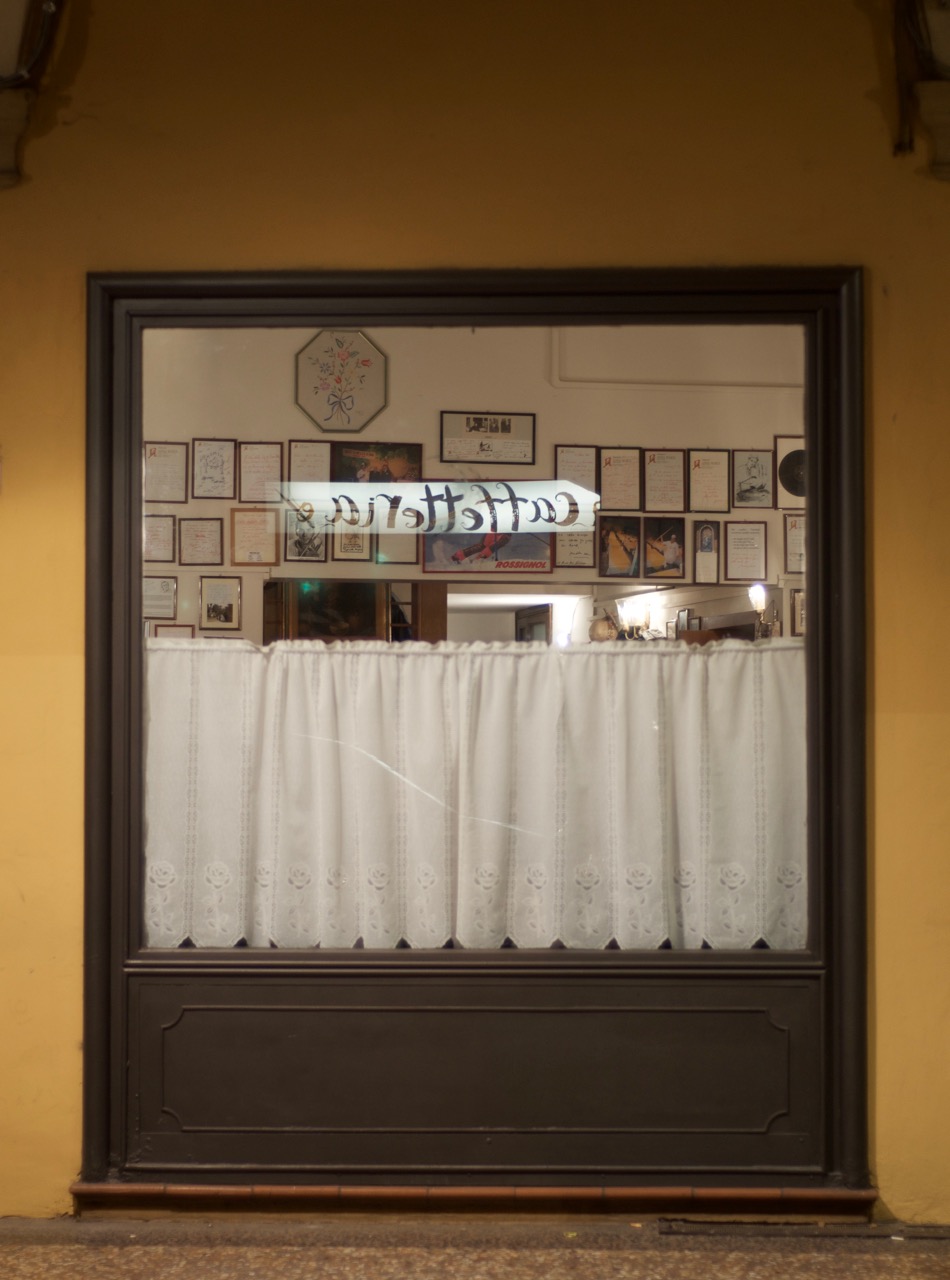 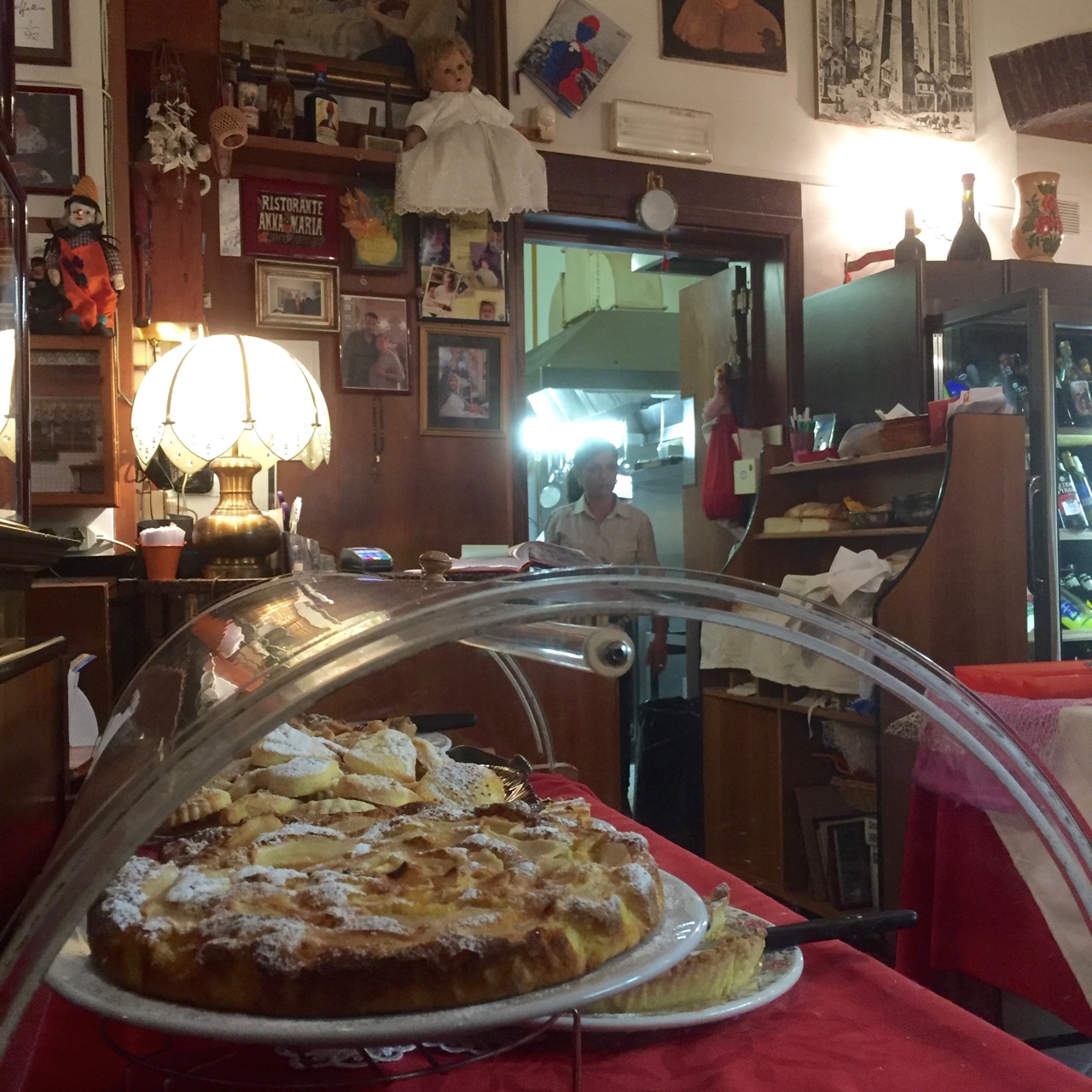 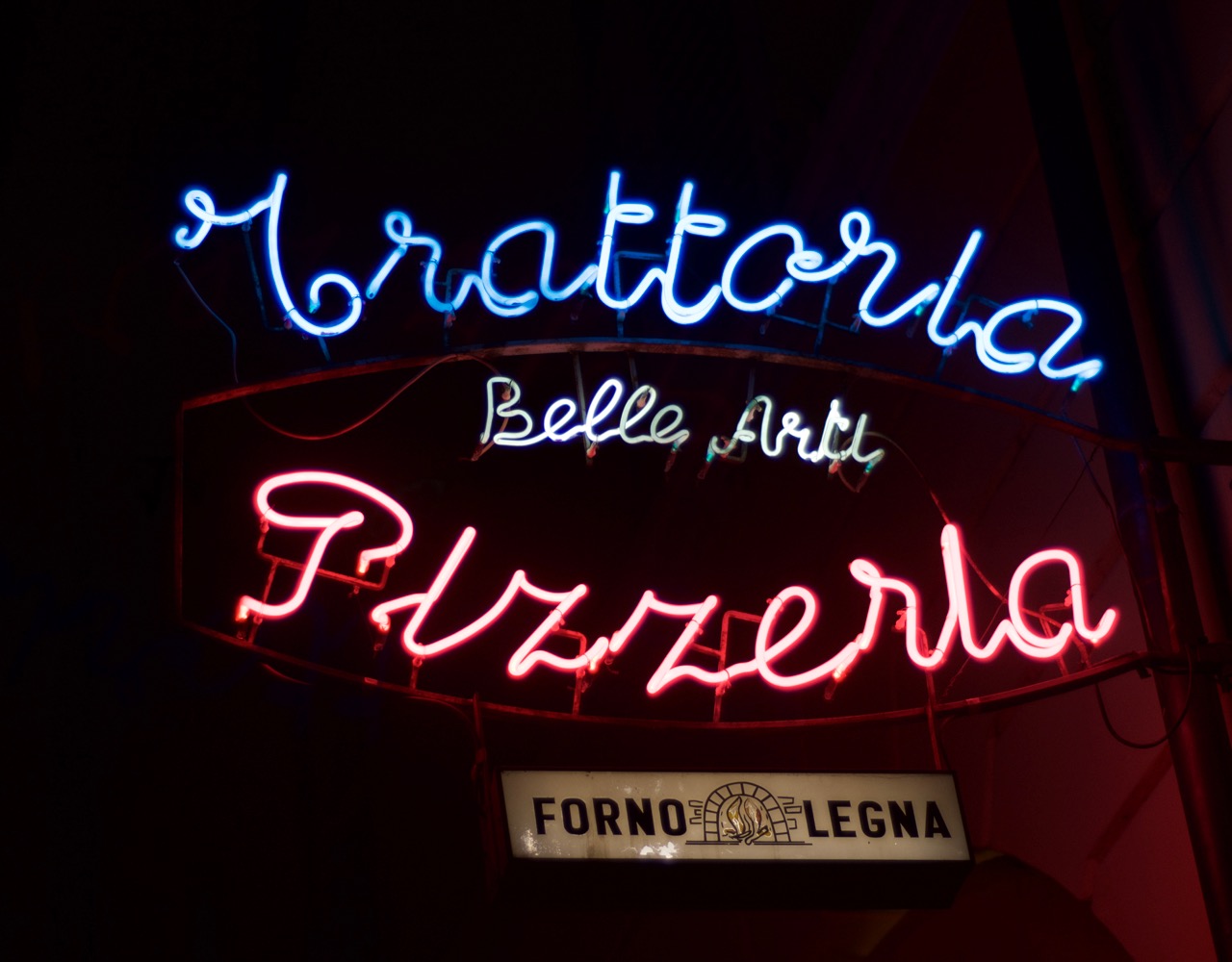 We found the Mercato di Mezzo very handy – a small renovated covered market in the middle of things, and I have to admit that the pizza we had at RossoPomodoro (“Neapolitan style with the heart of Bologna”) was probably the best I’ve ever had in Italy! Just look at that beautiful oven! 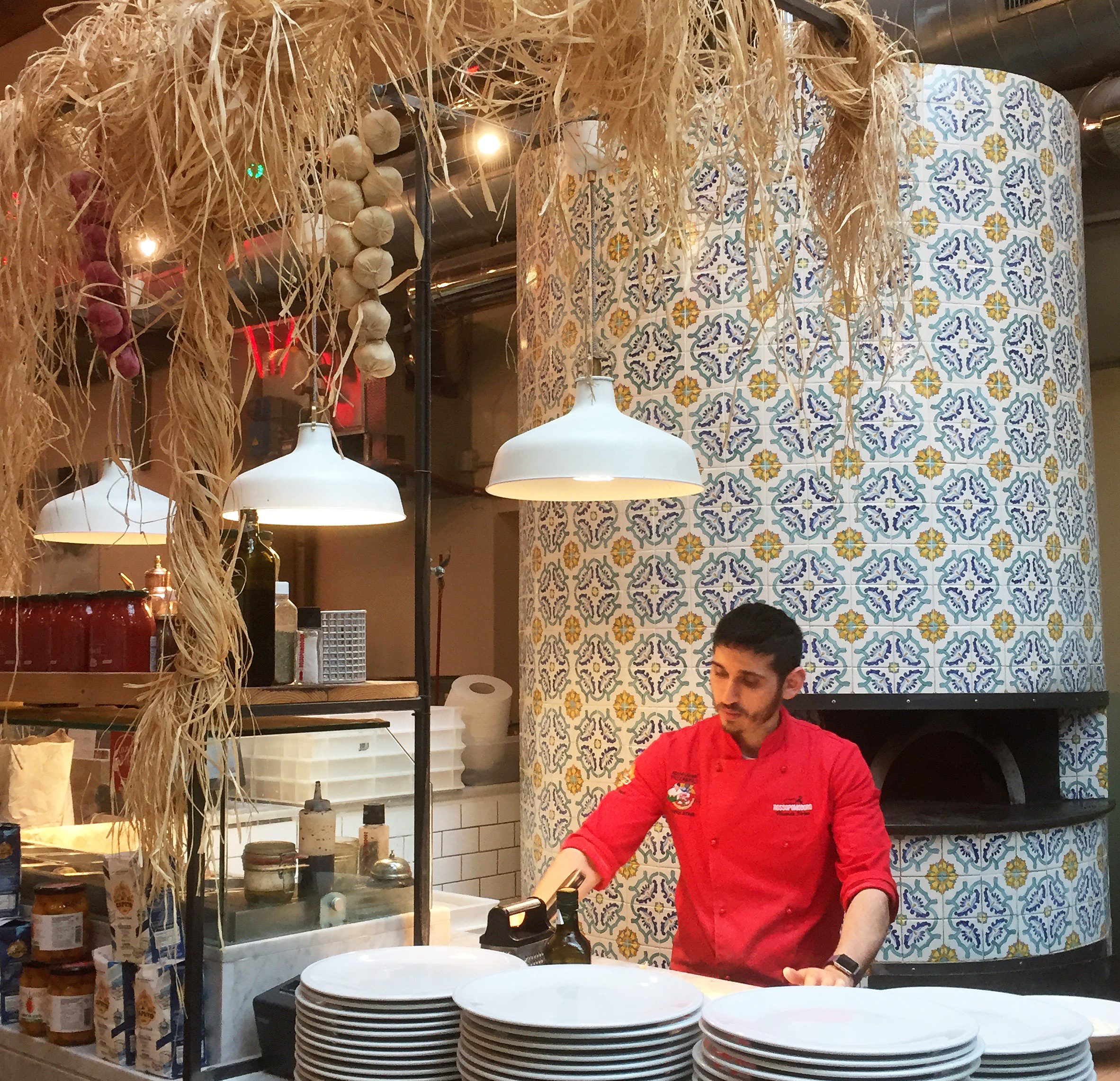 I don’t usually take photos of my food, but this was exceptional! A white slow-risen pizza with little sweet yellow tomatoes (datterini gialli) and slivers of hard ricotta. Actually we just really need to get to Naples. 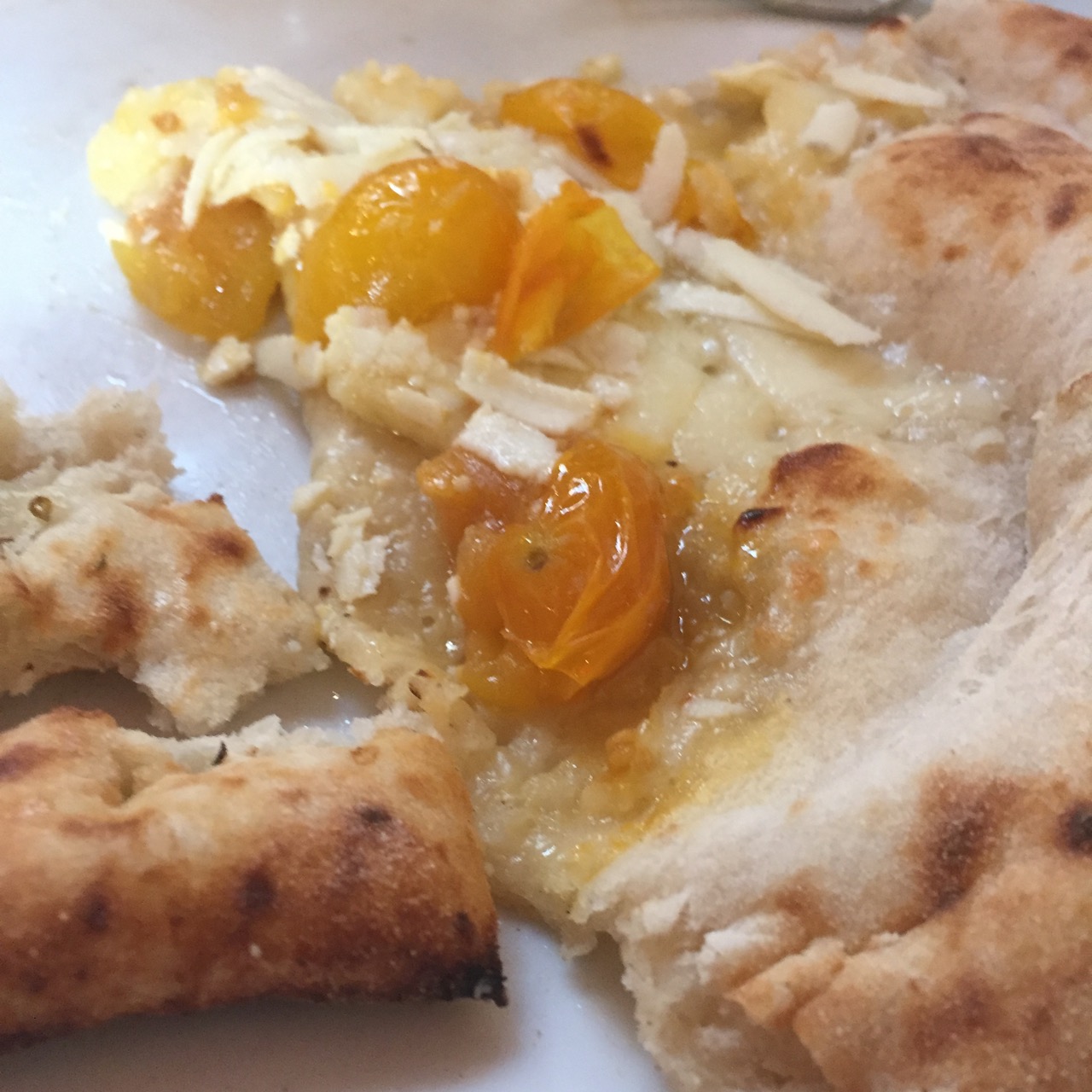 And we had extraordinary gelato at this little place we stumbled on, Galliera49 . We joined the queue once we noticed all the locals patiently standing around. 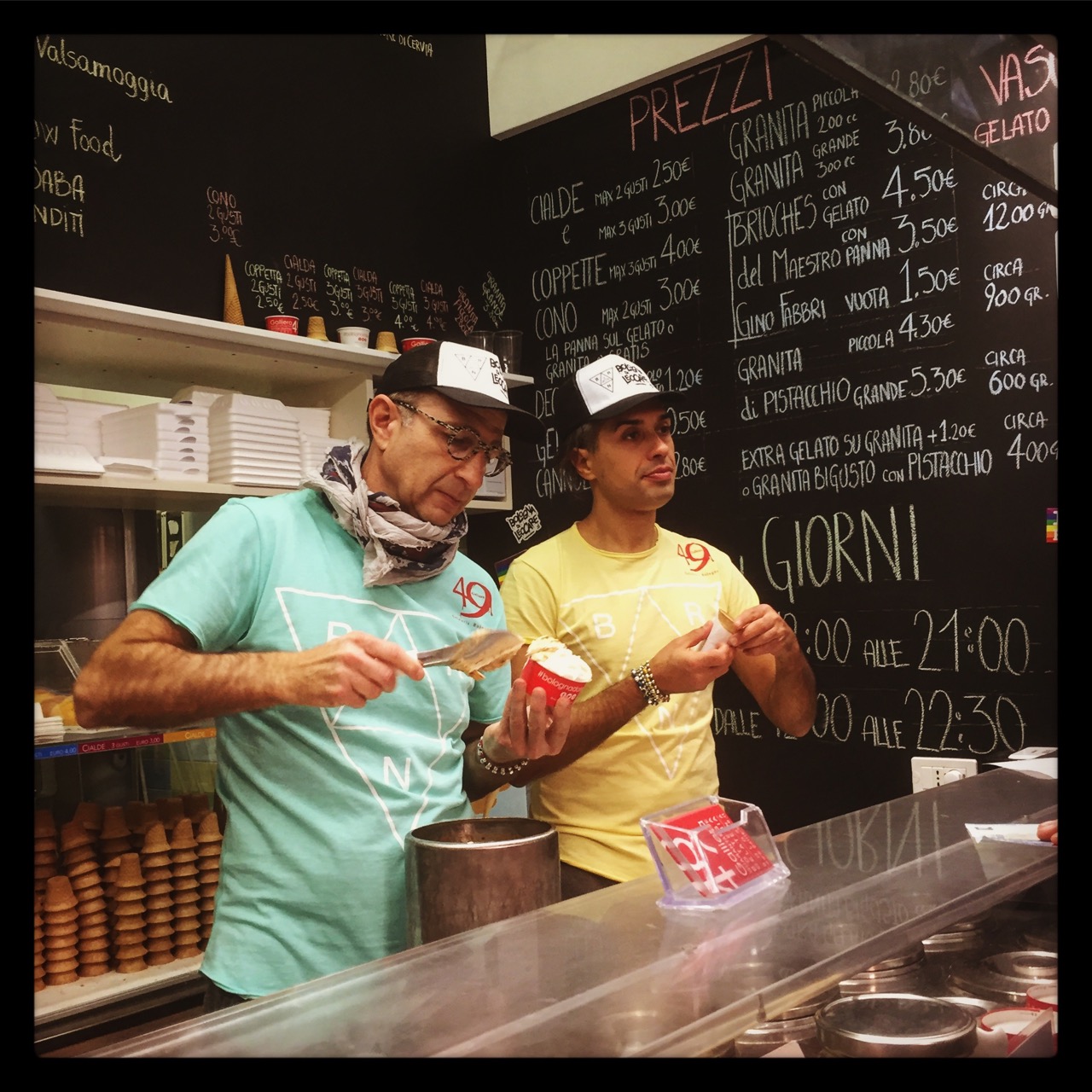 The main piazza is dominated by the Basilica of San Petronio – its size is a surprise when you walk in and then you learn it was meant to be as large as St Peter’s in Rome, until the building money started being diverted to building the university instead (or maybe for St Peter’s itself). The church asks visitors for €3 to pay for a paper wristband to allow you to take photos, a good idea for basic fund raising.

The chapel of frescoes by Giovanni da Modena (the €3 entrance is completely worth it for this chapel alone) contains some of the most amazing and scary images of hell: amazing what they got away with all those years ago. 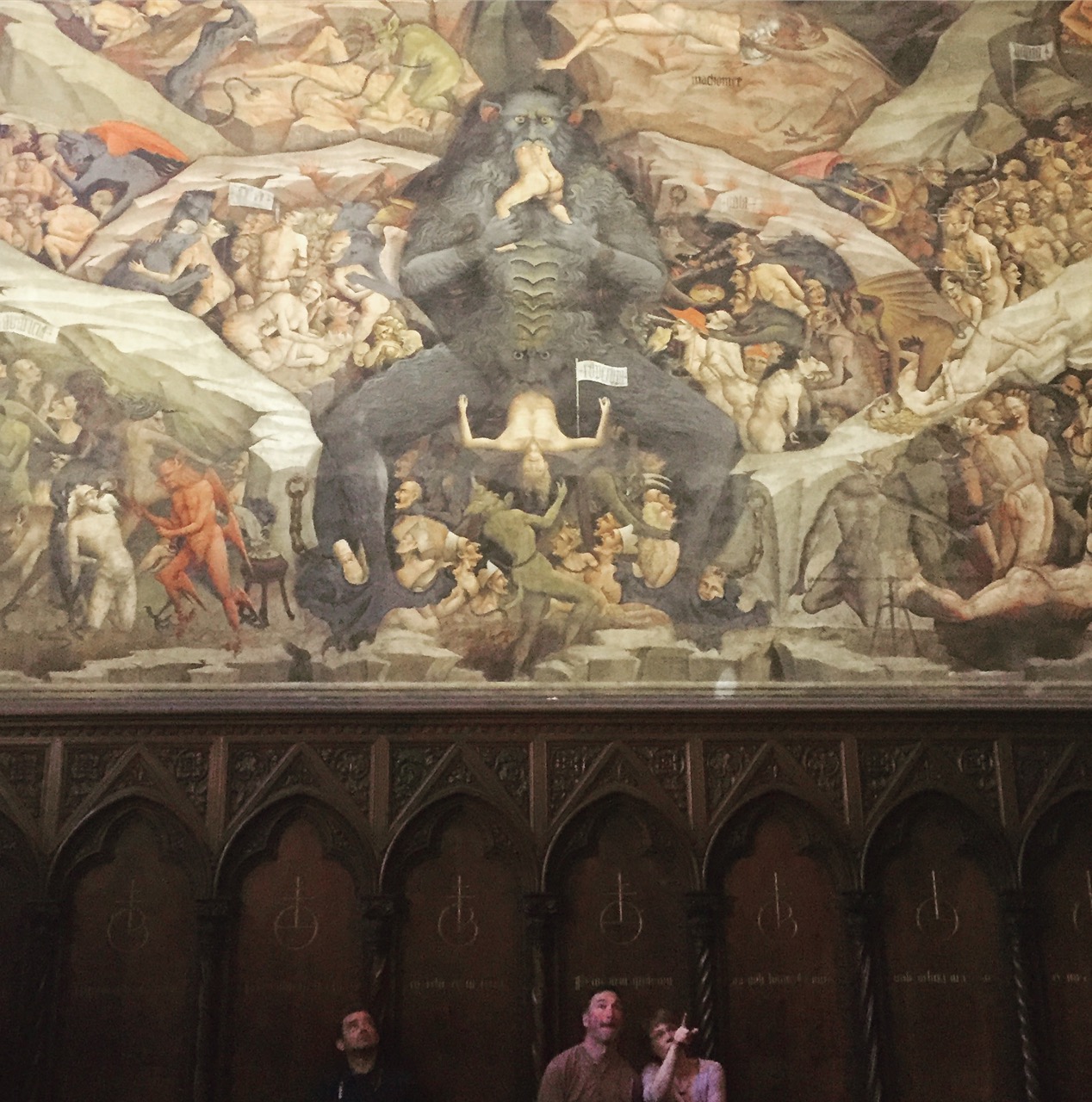 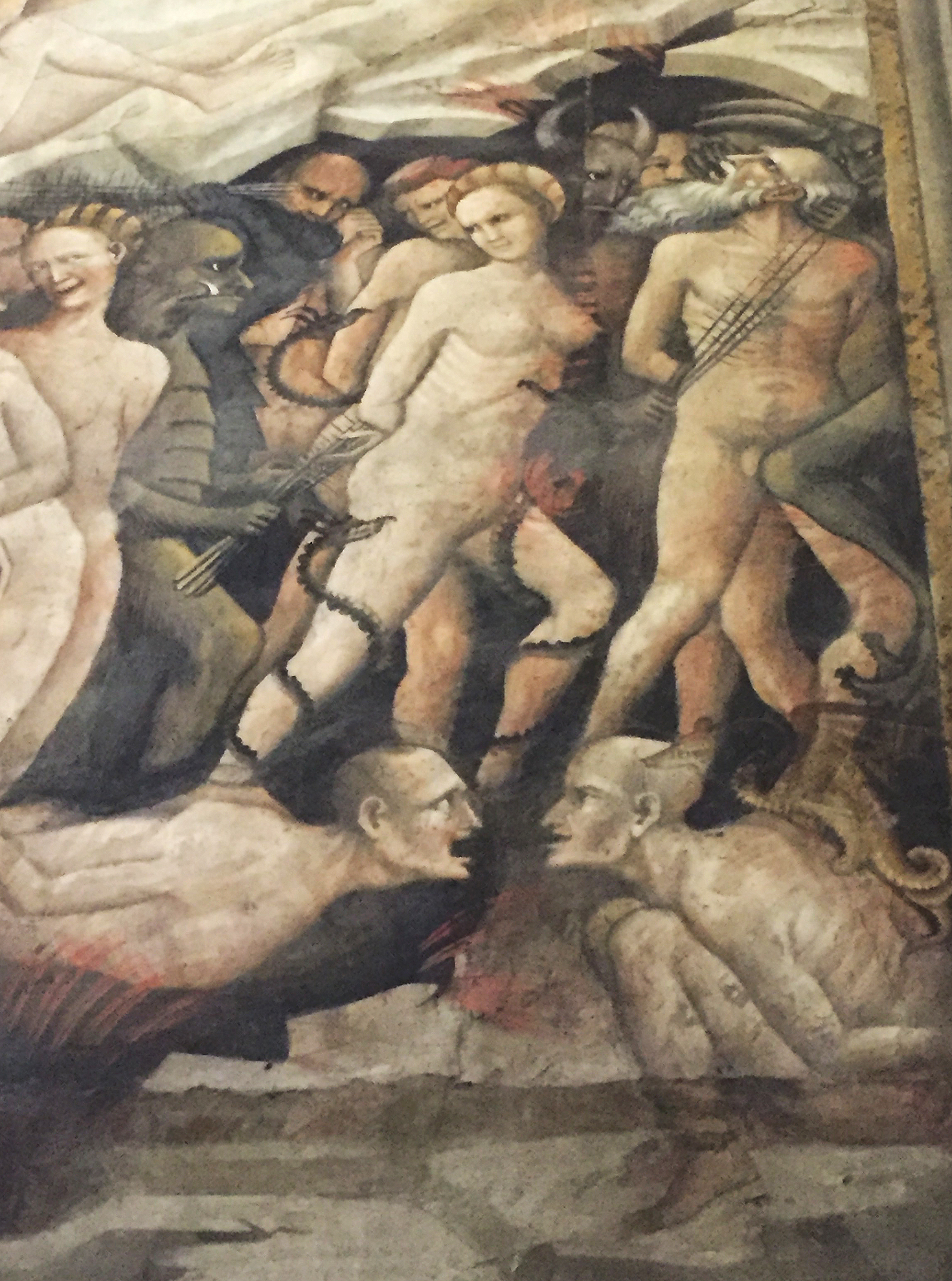 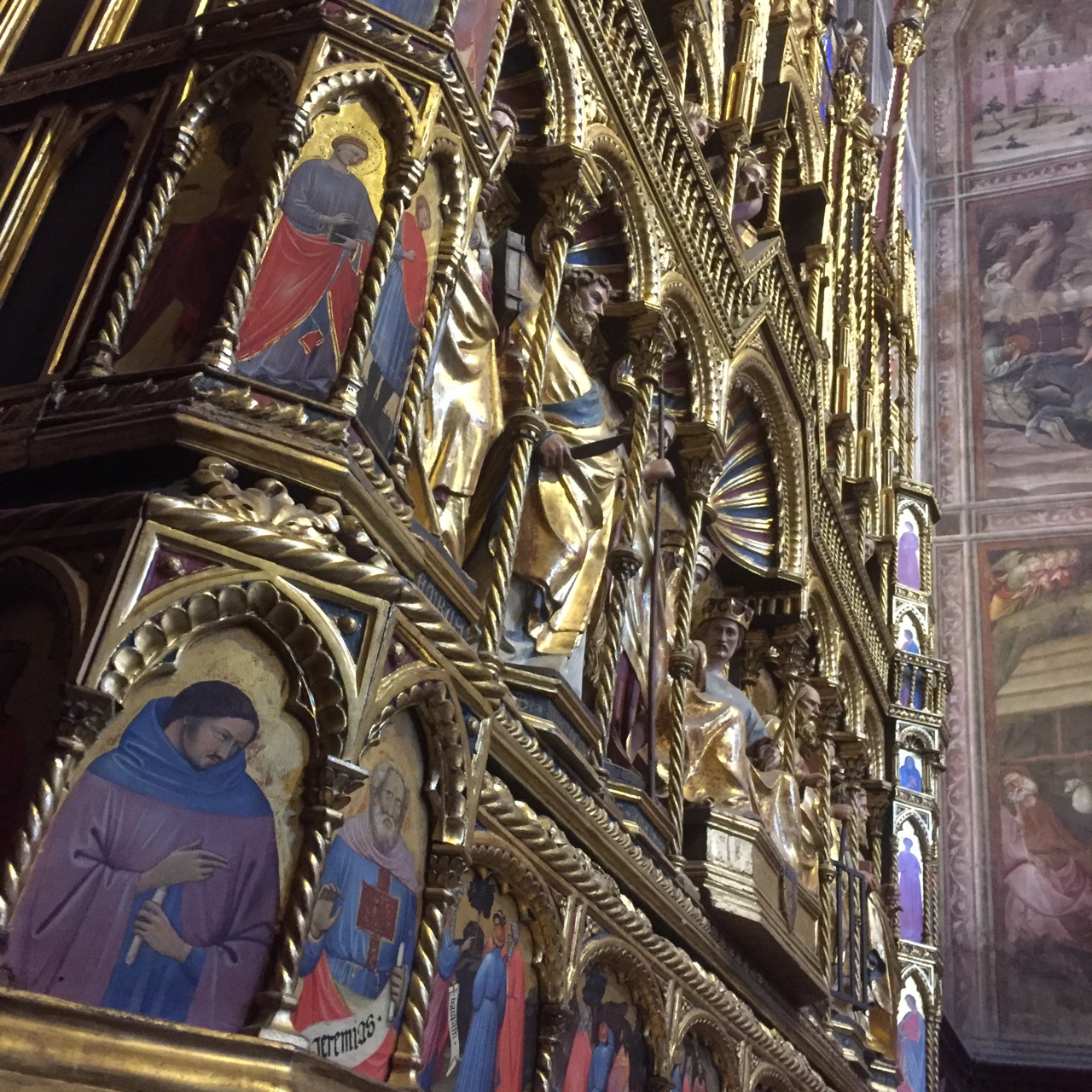 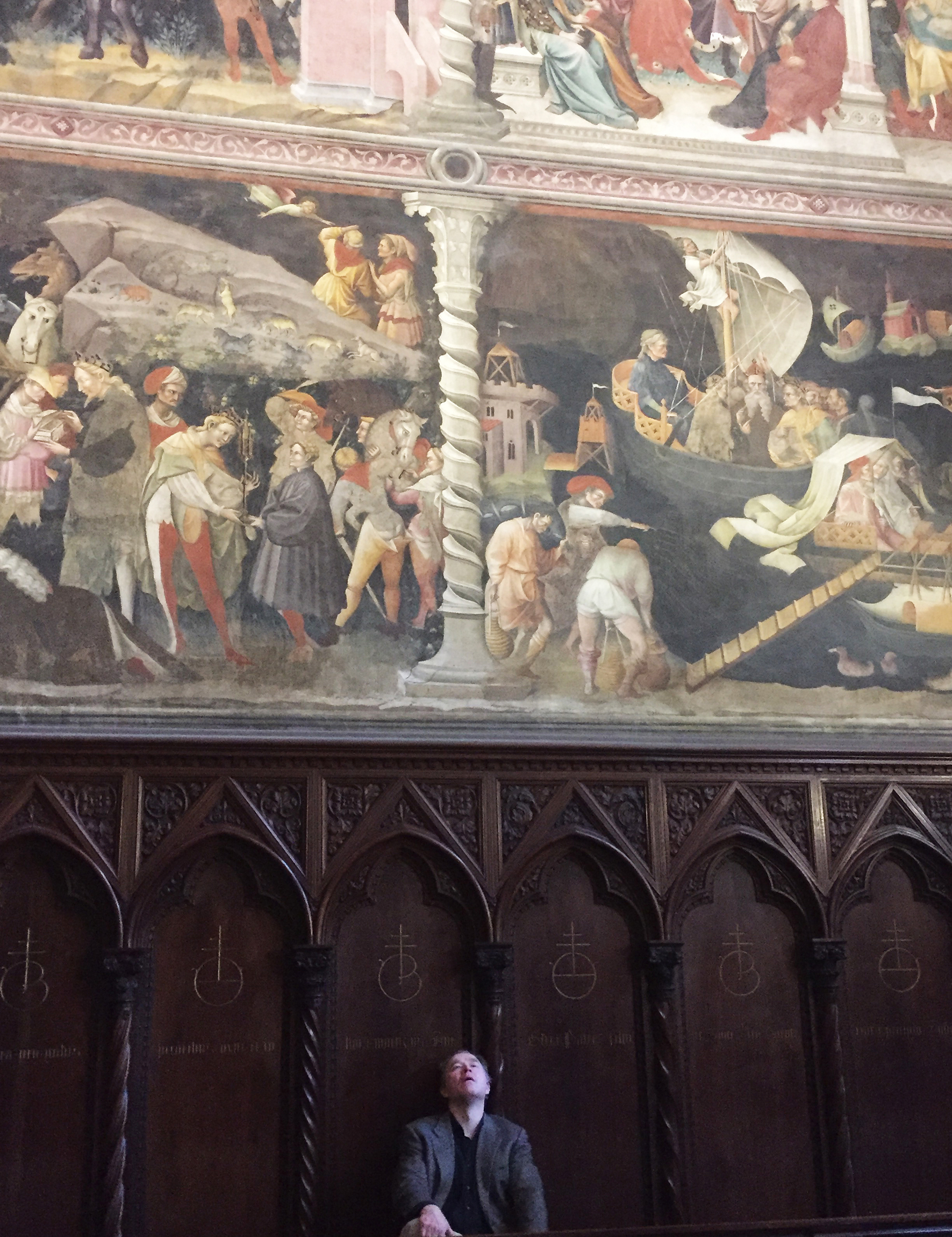 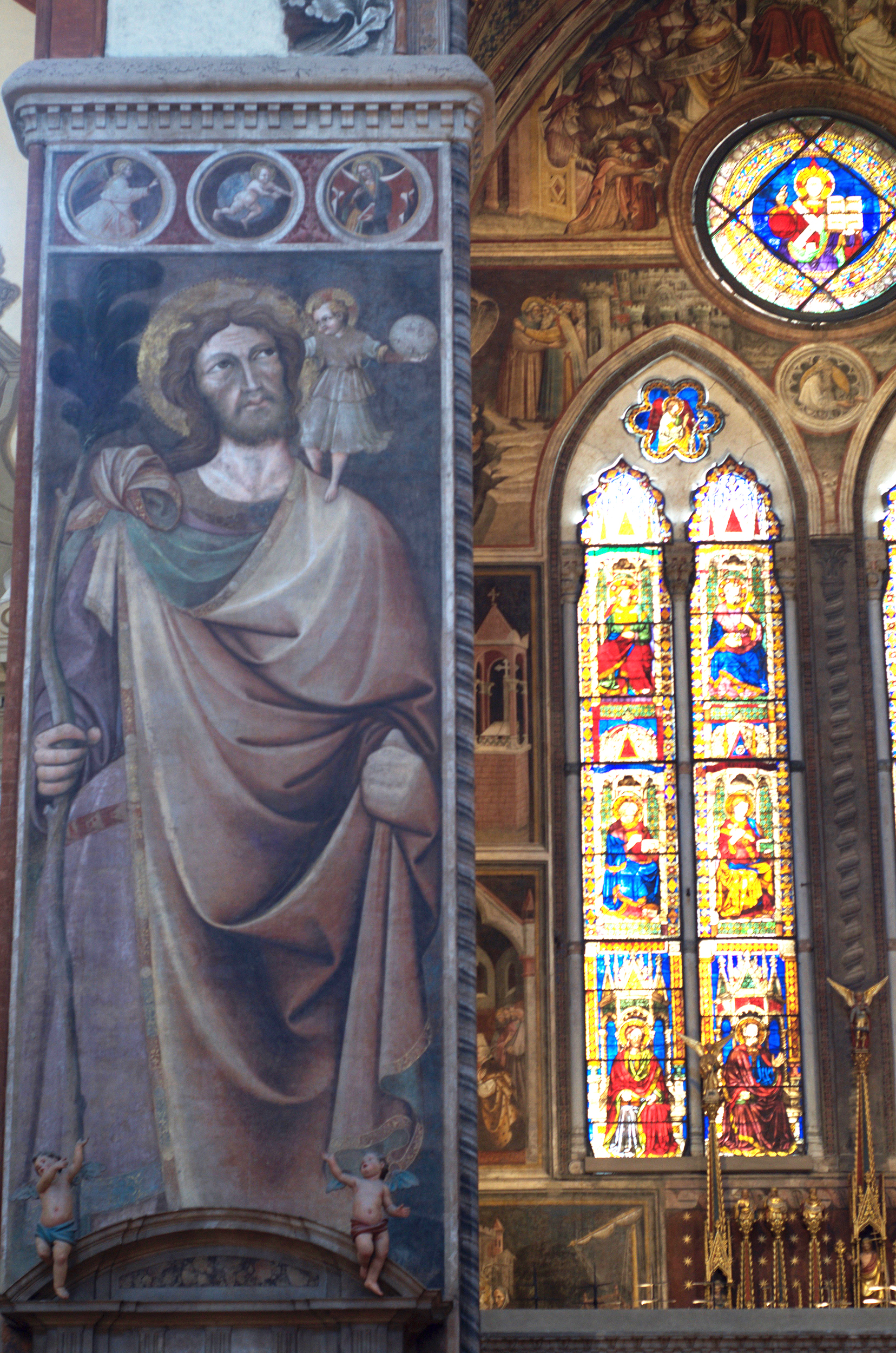 My husband is a bit of an astrology nut and was entranced by the sundial running through the church – turns out it’s the longest in the world and was built in the 17th century by Cassini, famous these days for being the name of a space probe heading towards Saturn, even having a Google Doodle made in its honour. And it works! We waited until 13 minutes past 1 (we had no kids with us) and got to see the beam of sun projected through the small hole in the roof hit the meridian. Great excitement! 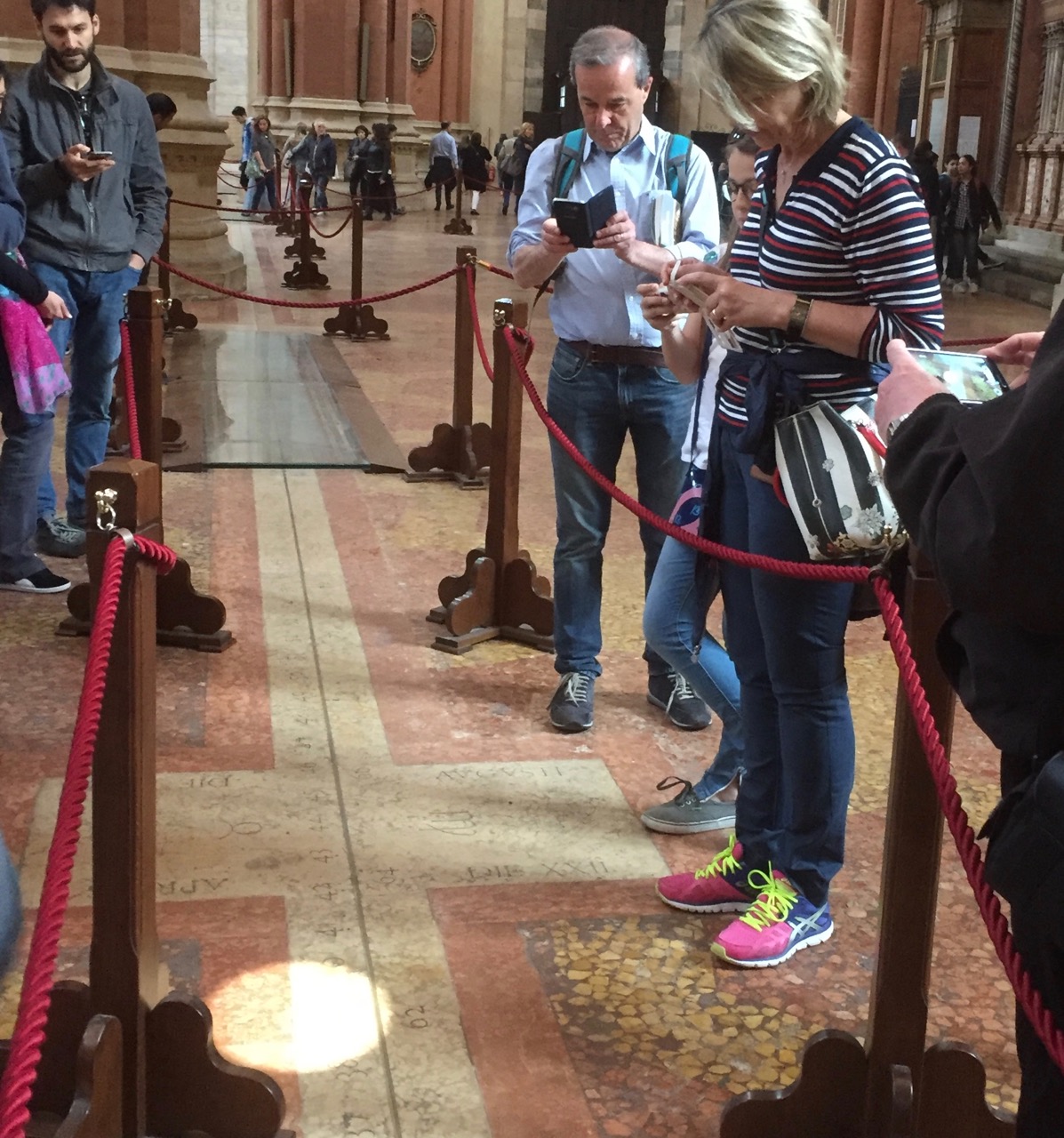 We also visited Santo Stefano – a charming church complex made up of several churches from different periods and which was definitely the busiest tourist attraction that day. 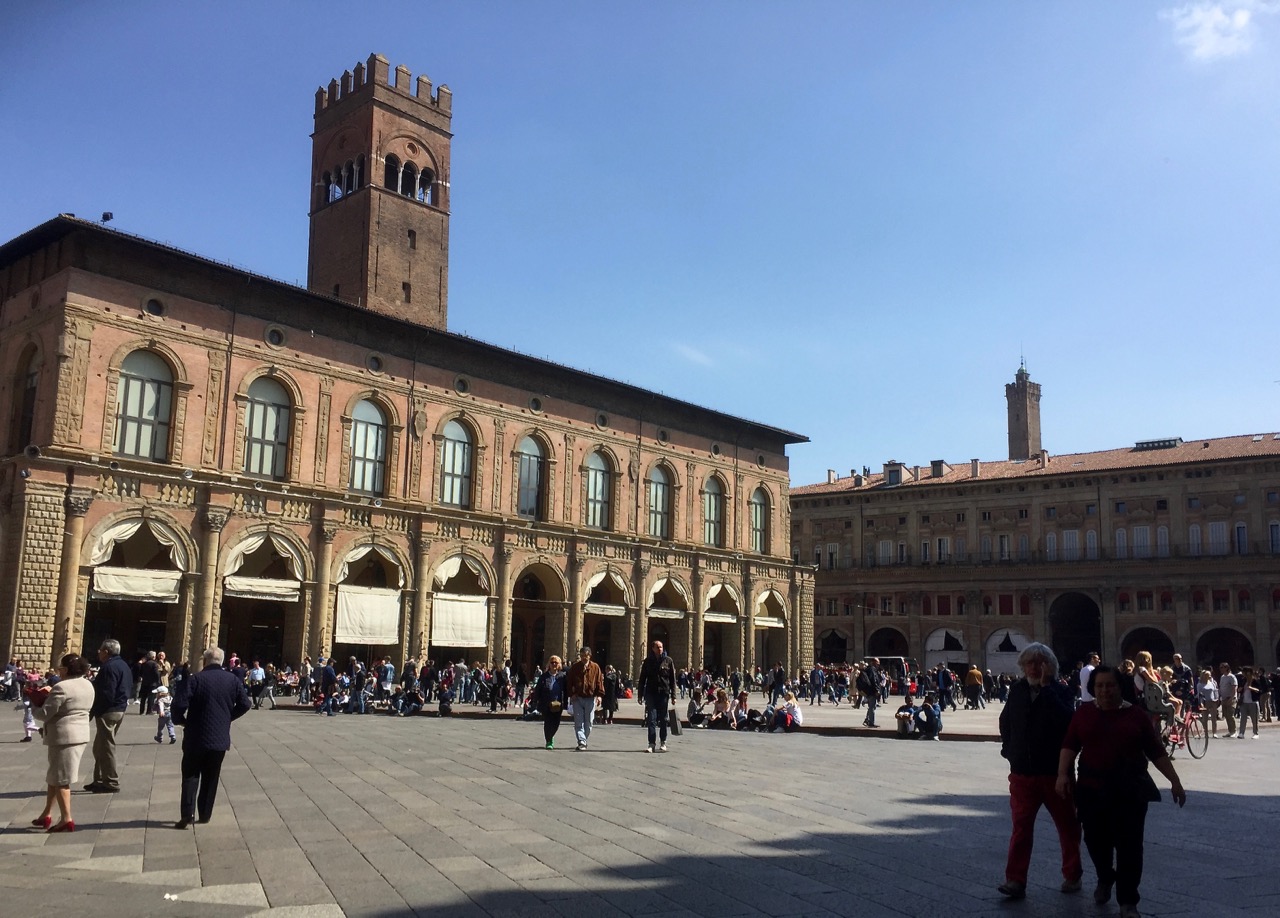 The Town Hall, just off the main piazza, seemed mostly busier with people grabbing free wi-fi than visiting anything interesting, but we had a poke around this charming spot and stumbled on a show of drawings by the great Italian artist, illustrator and theatre designer Luzzati. 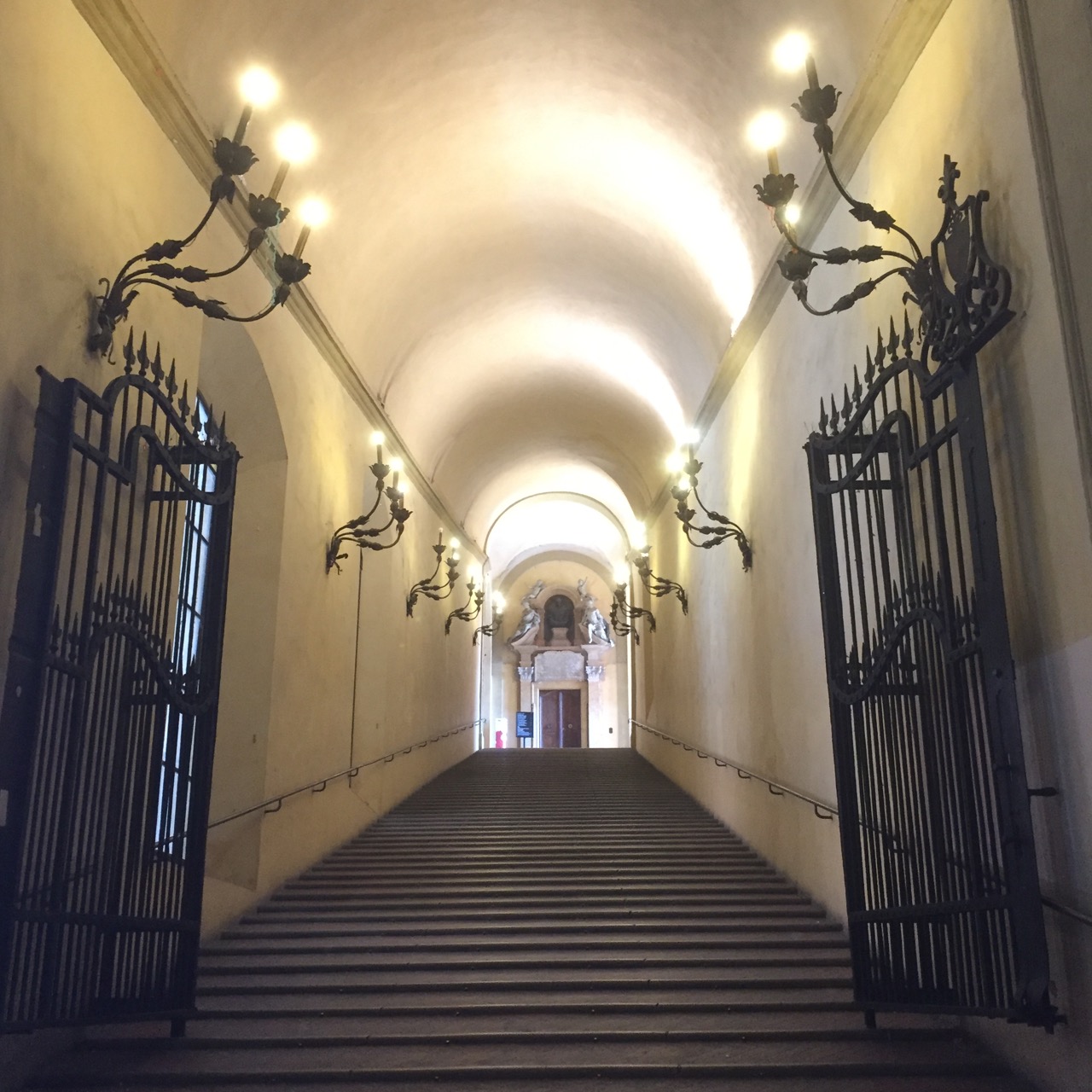 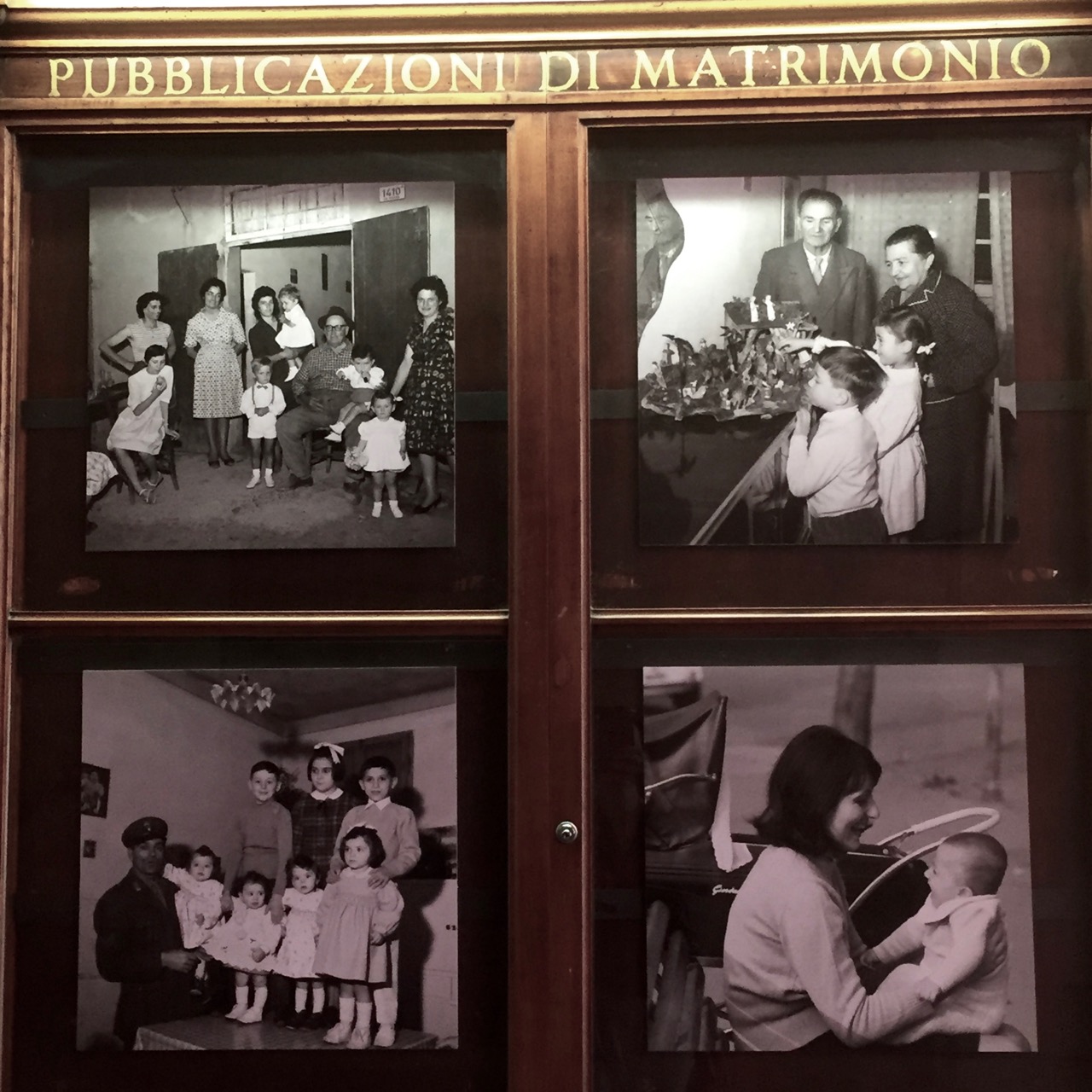 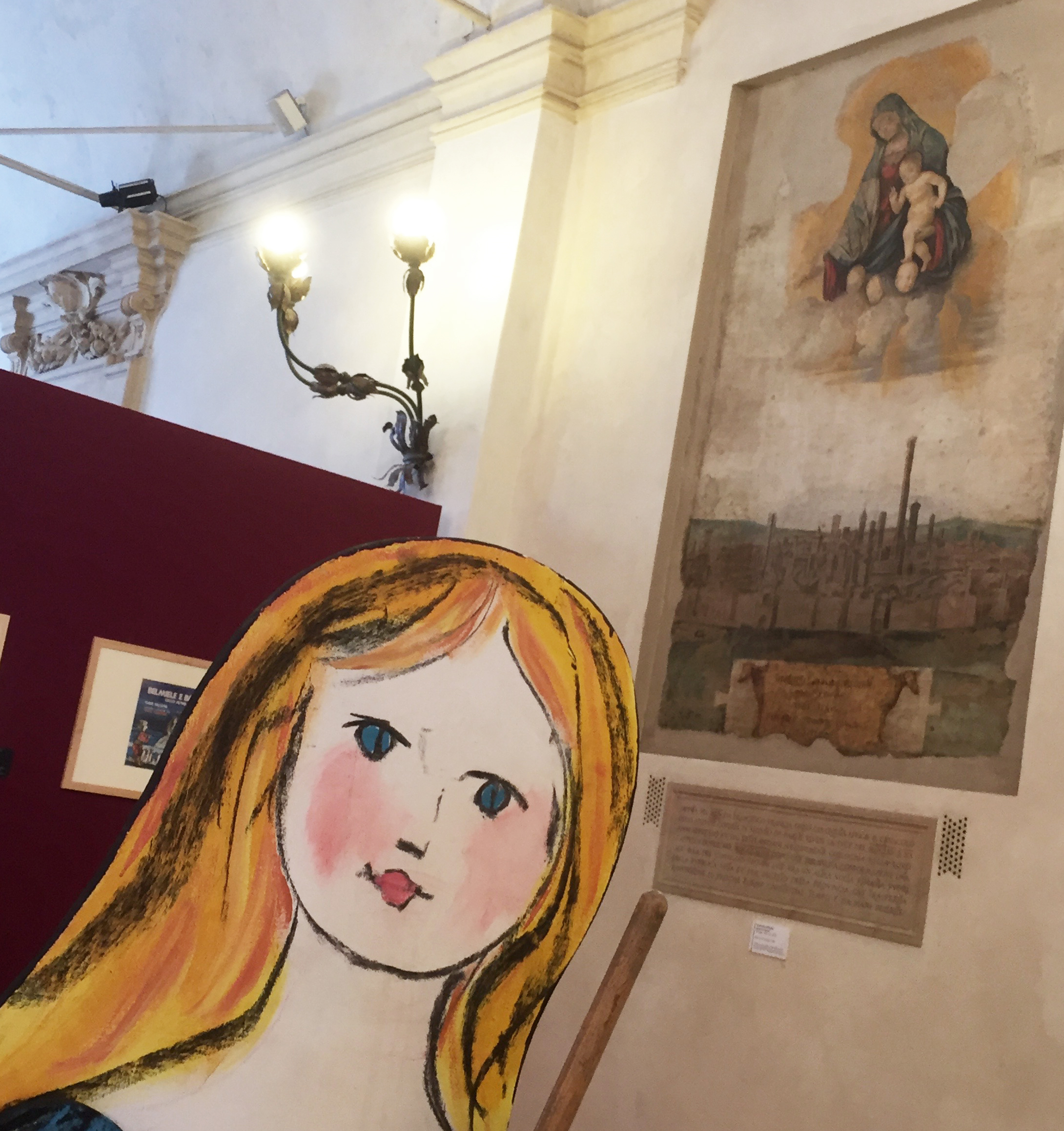 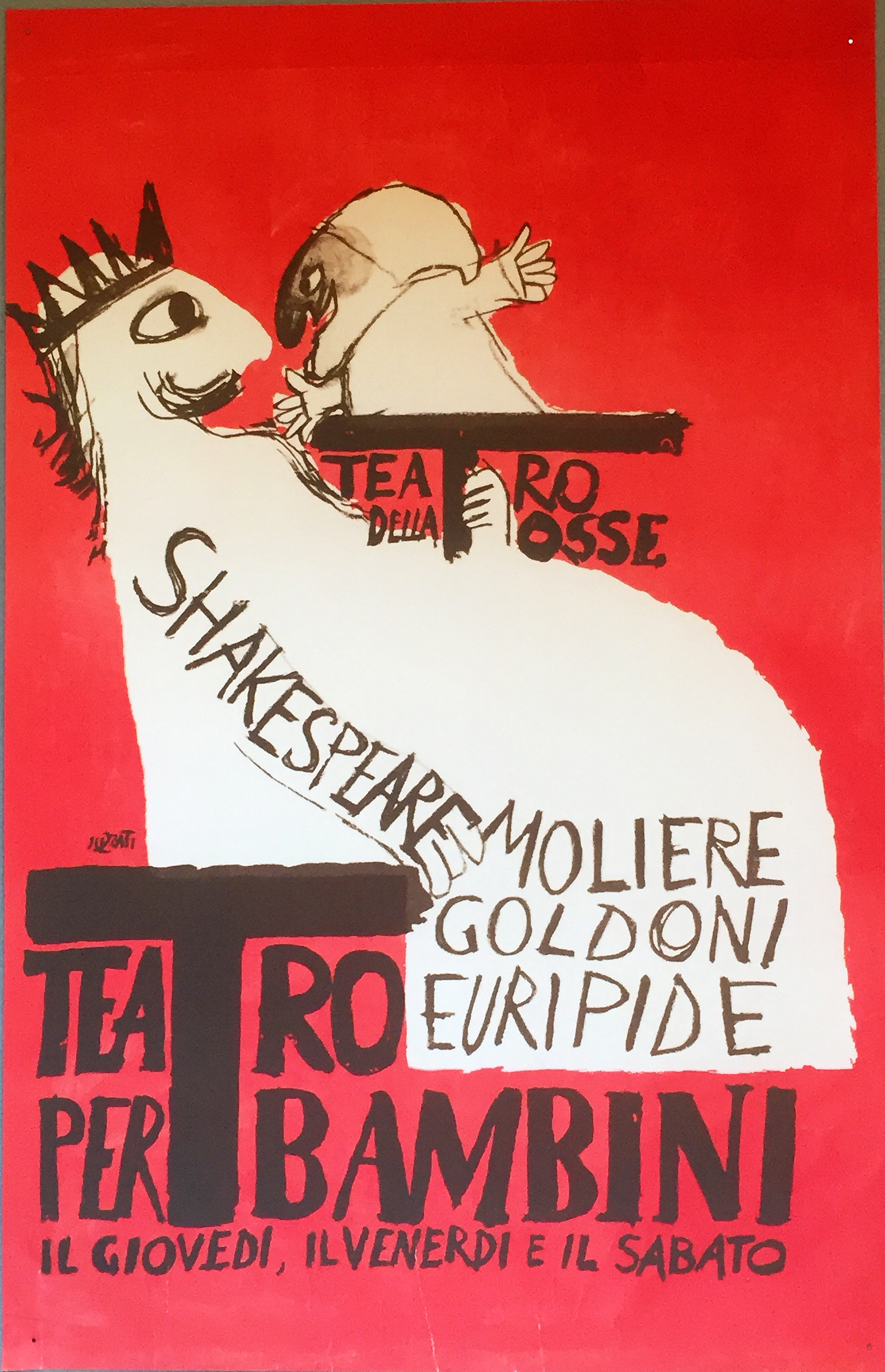 I taken by this impressively high-profile plaque outside the town hall in memory of the many Italian women who die every year, victims of domestic violence. 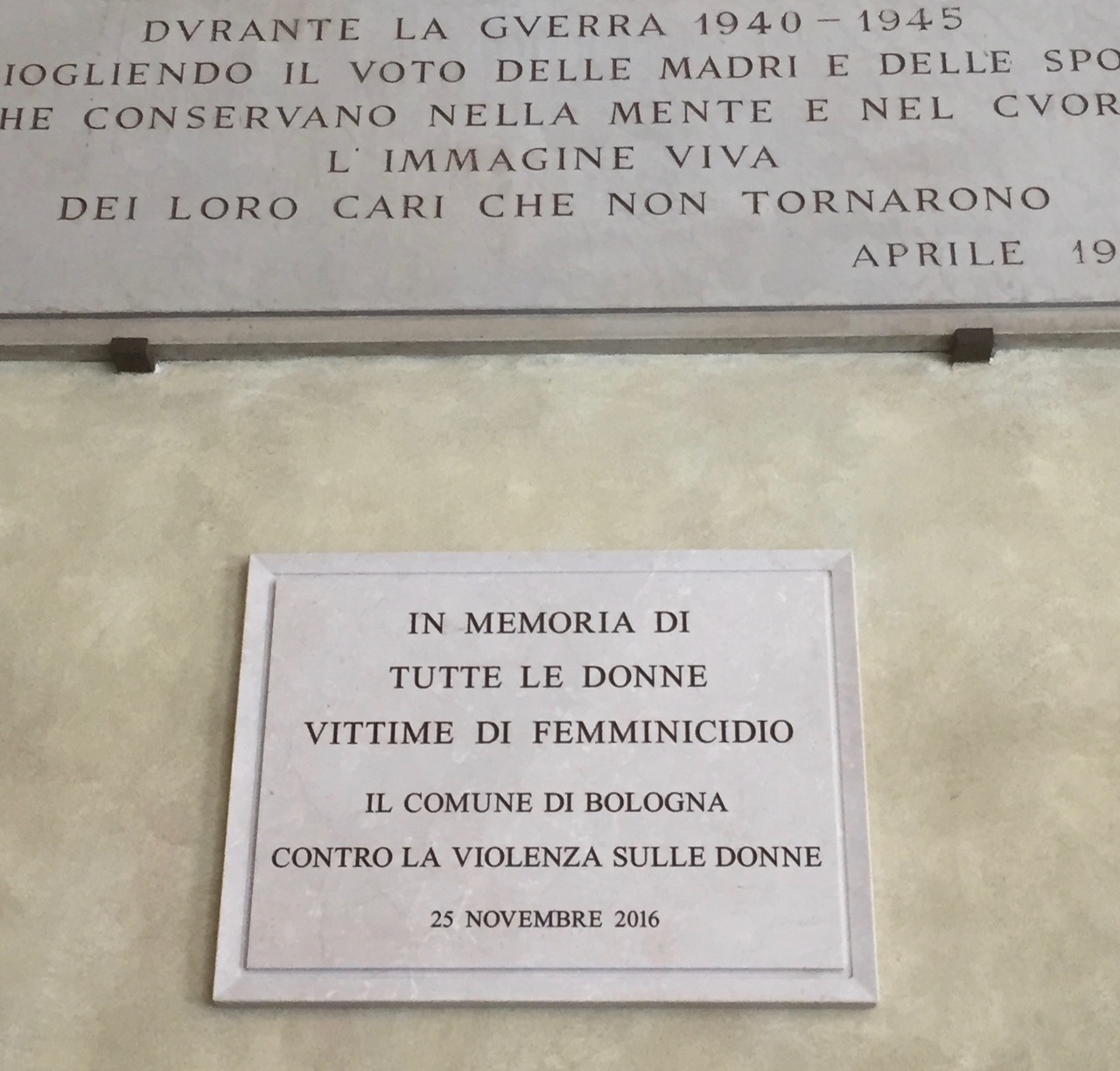 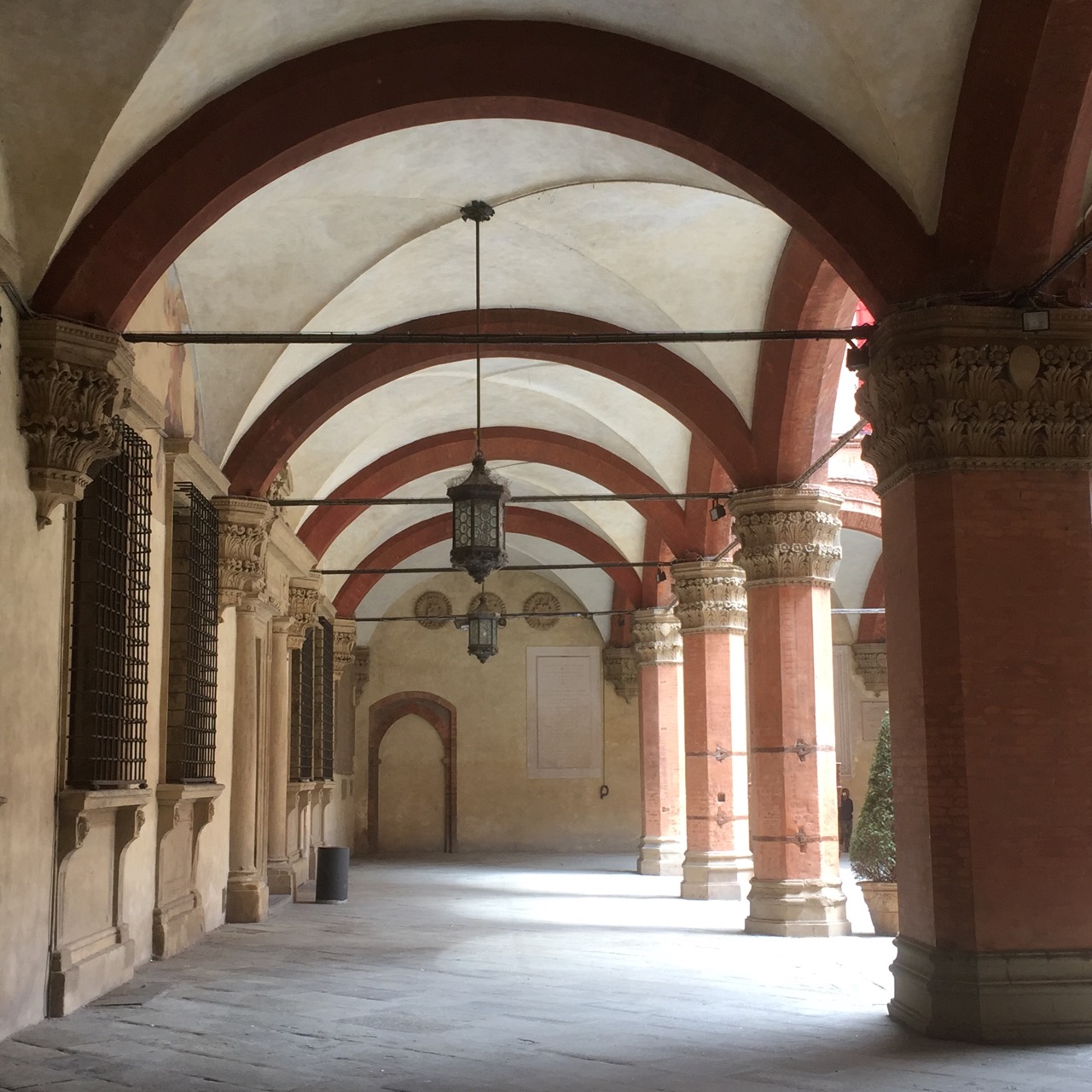 Worth a visit is the Museum of Contemporary Art (MAMbo), a dynamic centre housed in an old flour factory which attracts interesting exhibitions, like last year’s David Bowie show from the V&A. Excellent cafe and bookshop too. Good for an aperitivo.

Other art spots include the Palazzo Albergati which had a wonderful Breughel show last year and has a Mirò exhibition until this September. I’ll just have to go back for that! 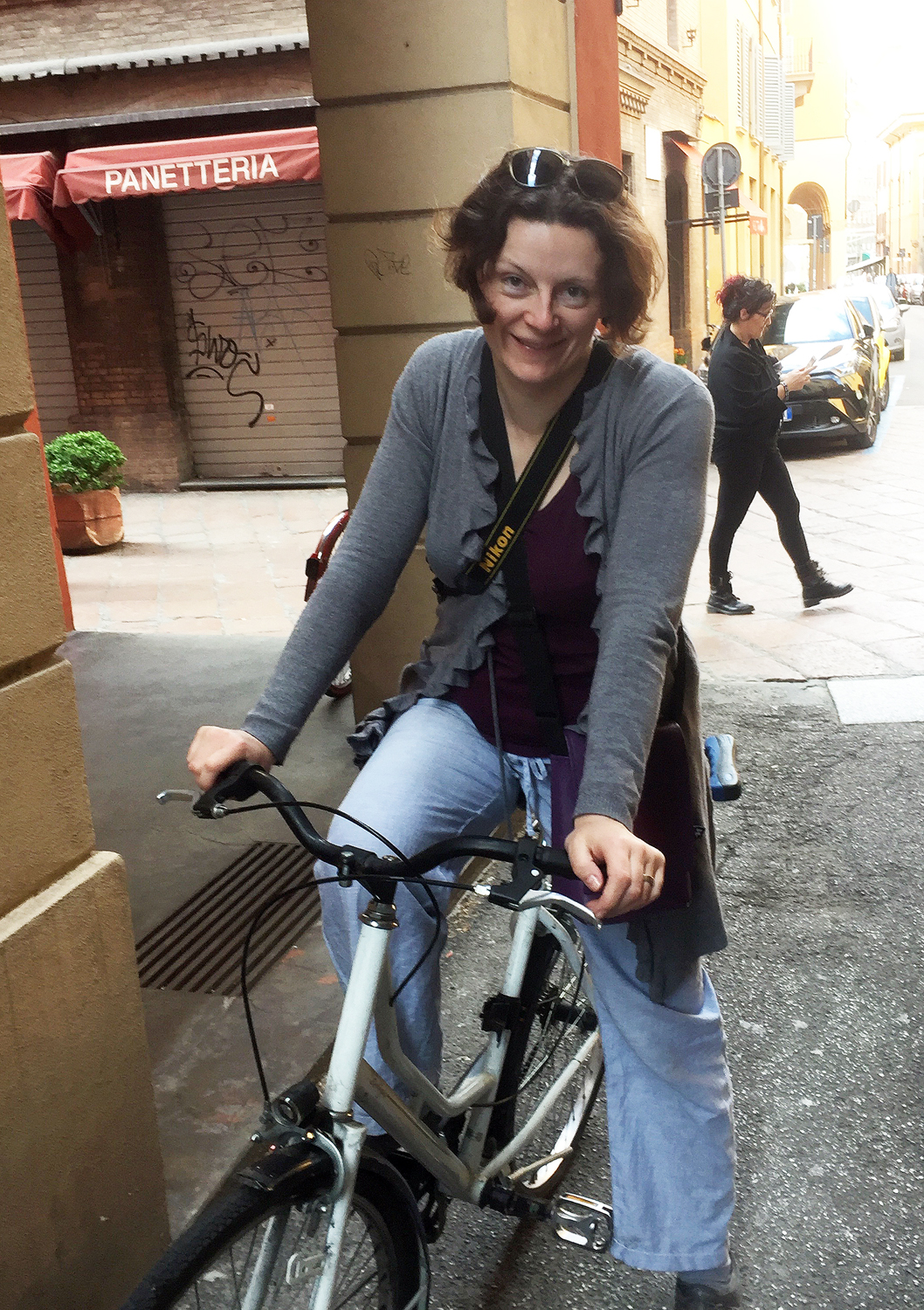 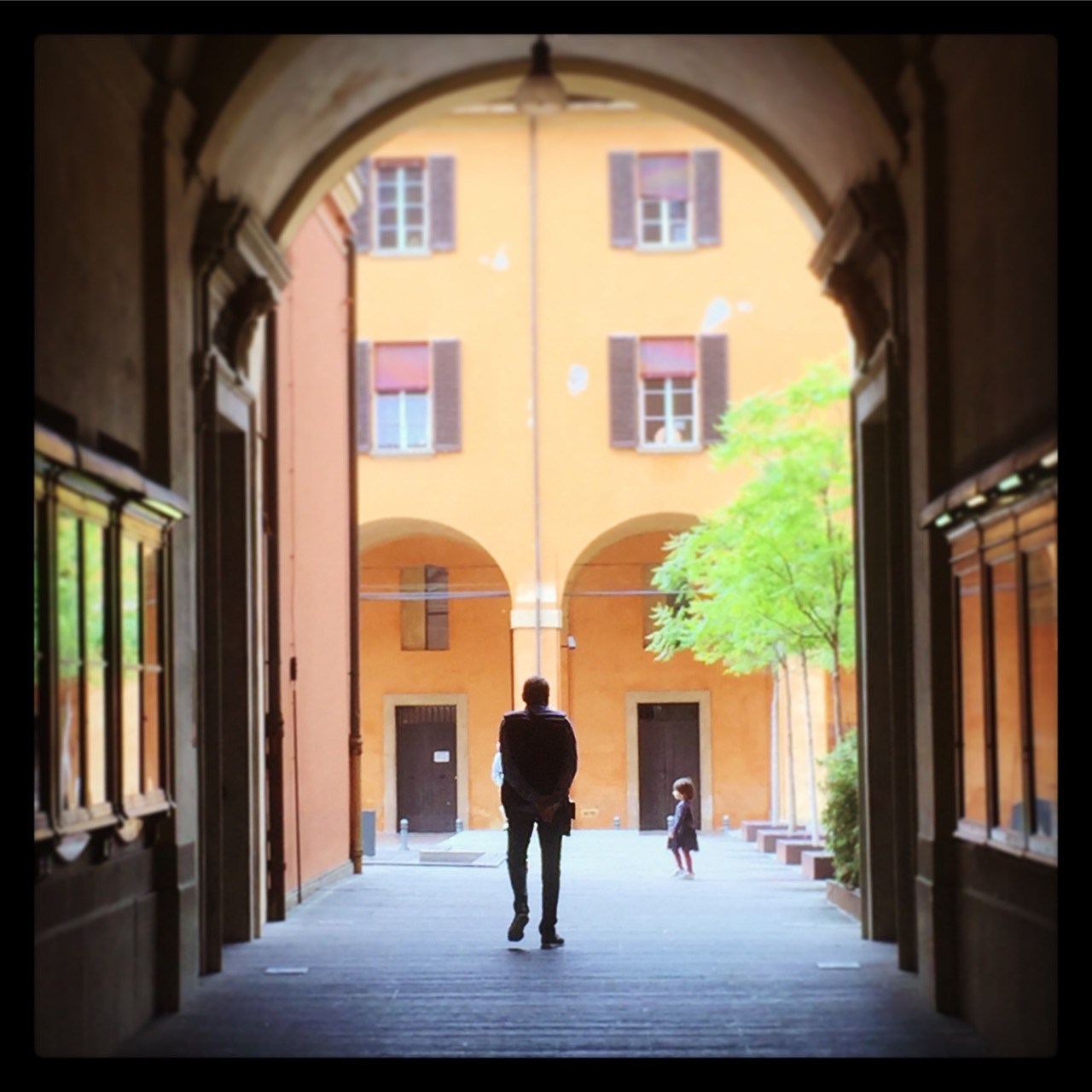