The Penny Farthing – named after the two coins, one being bigger than the other. These bikes were the speed demons of their time – the 1870s and 80s. Men (mostly) used to whizz around country roads, often keeping their legs over the handlebars so they could fall off more effectively. They were properly known as “ordinaries”, to distinguish them from the “bone shakers” that came before and from the new “safety” bikes that came after them, the ones with rubber tyres and brakes which became modern standard bikes. 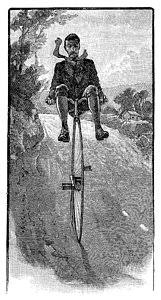 This little charmer now sits along the Drumcondra Road on the northside. I passed it a week later and it was facing the other way – that’s just mild vandalism for #Dublin. 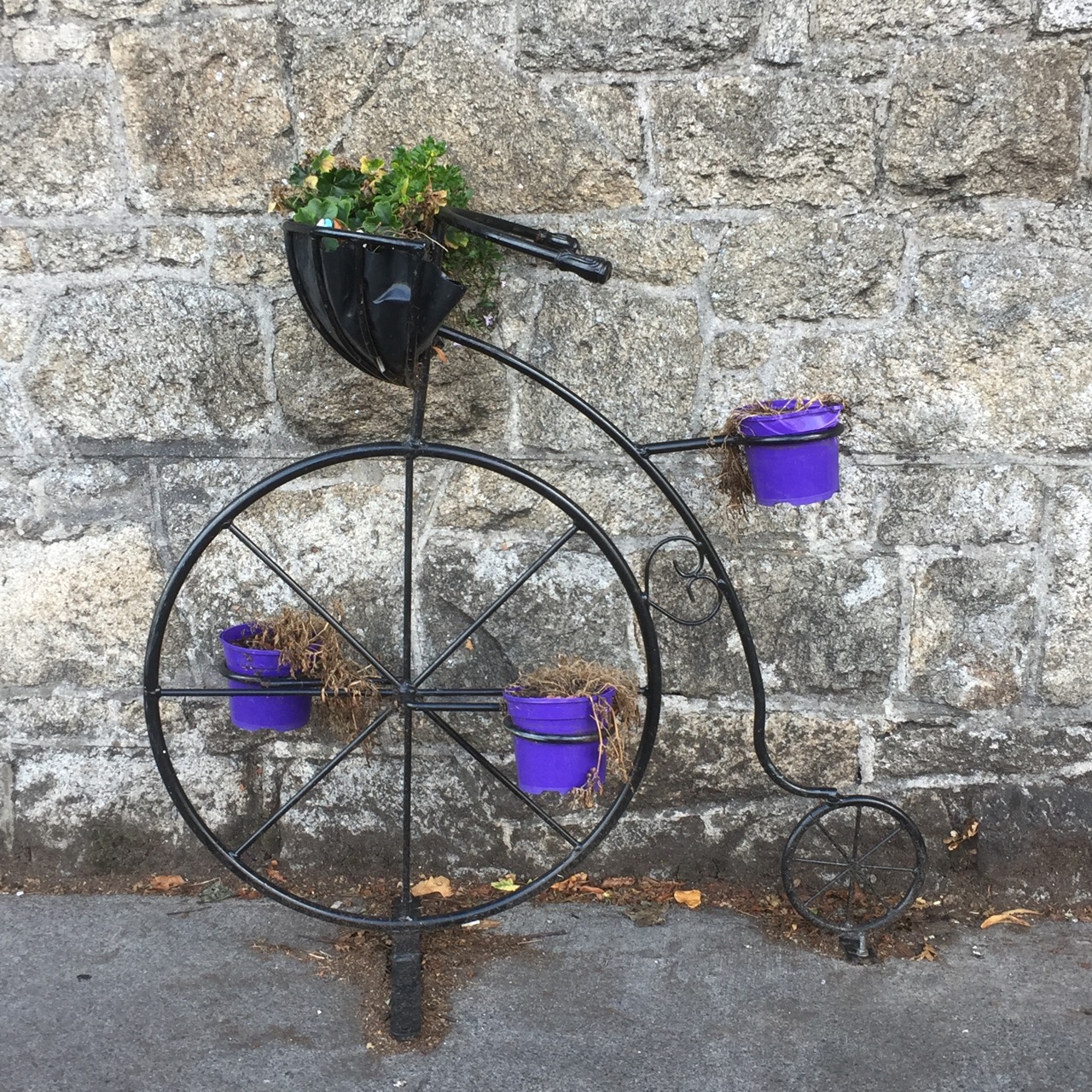