You are here: Home / Archives for Nature

Two old friends climb a tree in an Oslo wood. They’re only 8 years old but these girls are fierce; in their minds anything is possible.

They haven’t seen each since two years ago, when we moved away from Norway to Italy. My girl has moulded herself into a new life and a new language. She has mostly forgotten how to speak Norwegian but she remembers her life here and her best friend from the nature kindergarten that got them out in the woods (and up trees) several times a week, all year round.

They have often talked about each other during the two years, which is a long time at this age: “Mummy when are we going back to Oslo and when can I see her and overnight and watch films on their big screen in the basement?”

And on this visit, (only our second since we left), they’ll see each other. The two mums have made a plan to spend a few hours out in the woods around Oslo, a huge element of Norwegian life that our whole family has missed.

It’s October and the sky is clear but also crisp, so we remember to bring hats and scarves but we don’t need boots. There are big grins and hugs as they see each other in person – a little taller, two years of school behind them but otherwise they’re no different.

We drive a short distance. The car doors open and like a pair of retrievers they jump out and bound off into the woods, just as they were trained to do. Within two minutes, when the rest of us get out, we’ve lost them. 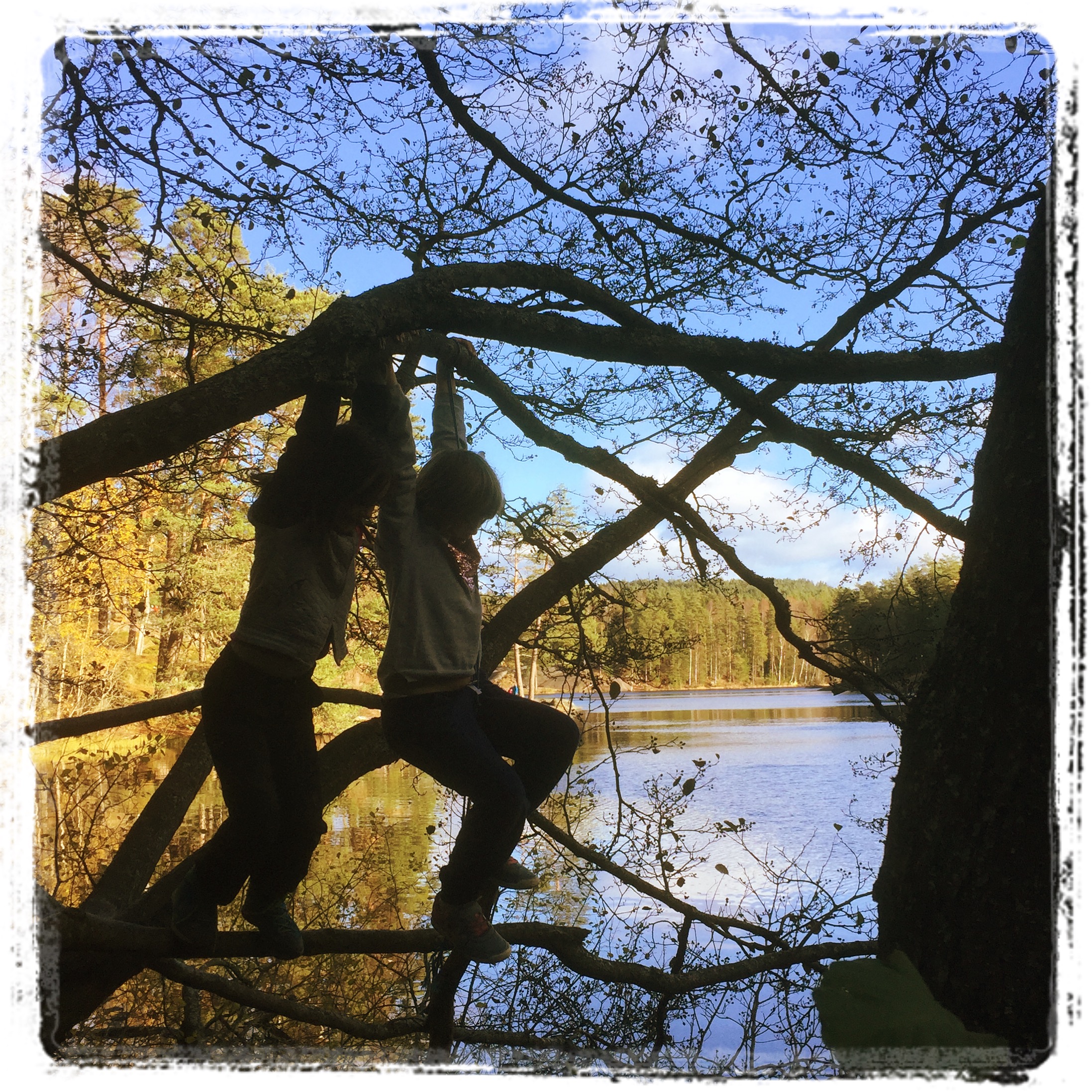 We find them again, yapping away in some language between Norwegian and English. They’ve found part of a swinging rope dangling off a tree at the lake edge. My Norwegian-mother-mode kicks in, overriding my Irish-mother-mode (and well past the nervous Italian-mode that never really took hold) and I stop myself from telling them to “be careful!… forskitig!” They’ve done this more than I have, they’ll know what to do.

Moving countries and travelling with children, I’ve seen many times how children can settle quickly into a mode of play even when they can’t speak to each other.

This Norwegian friend has been learning some English – from travelling with her parents and from school – and it’s fun for her to have a friend she can speak it with.

And my girl? Who lived here from birth until six, who spoke Norwegian every day and yet is today puzzled when I use regular family words like barnehage (kindergarten) or even pølse (hotdog)?

I know her Norwegian is lodged deep inside that powerful little brain – the powers of communication, the memories and associations and feelings that come with speaking certain words, phrasing things in a particular way. When she does say something she remembers – like the phrasebook-like question she pulled out of thin air to impress the passport officer at the airport yesterday, hvem spiser brød? (who eats bread?) – even then, she says it with that perfect pronunciation I never managed after seven years living in this country.

Here up in the tree, she responds to her friend with any scraps of Norwegian that come out – some fundamental phrases like se her (look here) or nei, ikke sånn (no, not like that). But she’s also using English words, and she’s actually doing something I’ve never seen before, something remarkable. She’s speaking English to her really slowly and carefully, like an older person might use with a little child who they think understands no English. “Can… we… go… over… there…and… try… that?” and “This…bit…here…look”.

Where did she get this from? I don’t think she’s ever seen me speak like that to someone on our travels. Did her teachers in Italy speak to her like that after we had just moved there, in a way to help her clearly hear the words? I think not, as they were fast talkers.

By slowing down her English speech, it’s as if a part of her subconscious has kicked in to rationalise and slow down her words, to watch carefully her friend’s face and make sure her point gets across, when the Norwegian words have failed her.

The swing no longer provides amusement – they can’t agree on who does what – and we move on to a treehouse a local kindergarten has made in another part of the forest. Within another hour it’s starting to get darker and colder and we have to say goodbye. But just that small amount of time, and inventive communication, has been sufficient to add a little more glue to this long-distance friendship. That’s good enough for now.

I published a story about my daughter’s Montessori school in the woods in this month’s edition of the Florentine, the English-language newspaper of Florence. It’s always nice to hold in your hands a printed copy and the story is now also online.

You can read the story on the Florentine here. The school is called Elementari nel Bosco and you can also visit the Facebook page of the school which has lots more photos and information (in Italian). 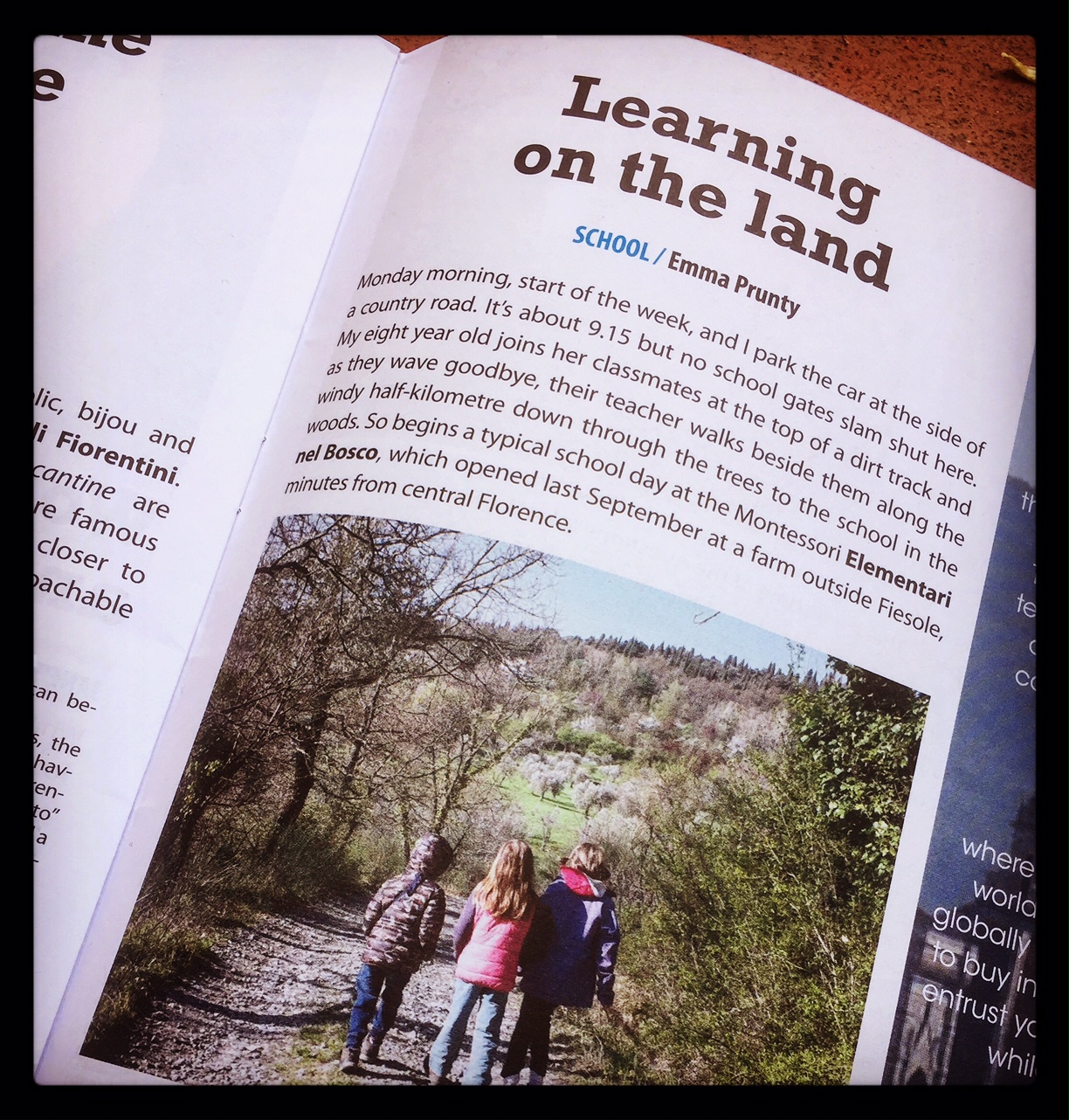 Here are some extra photos to give a fuller sense of the school. 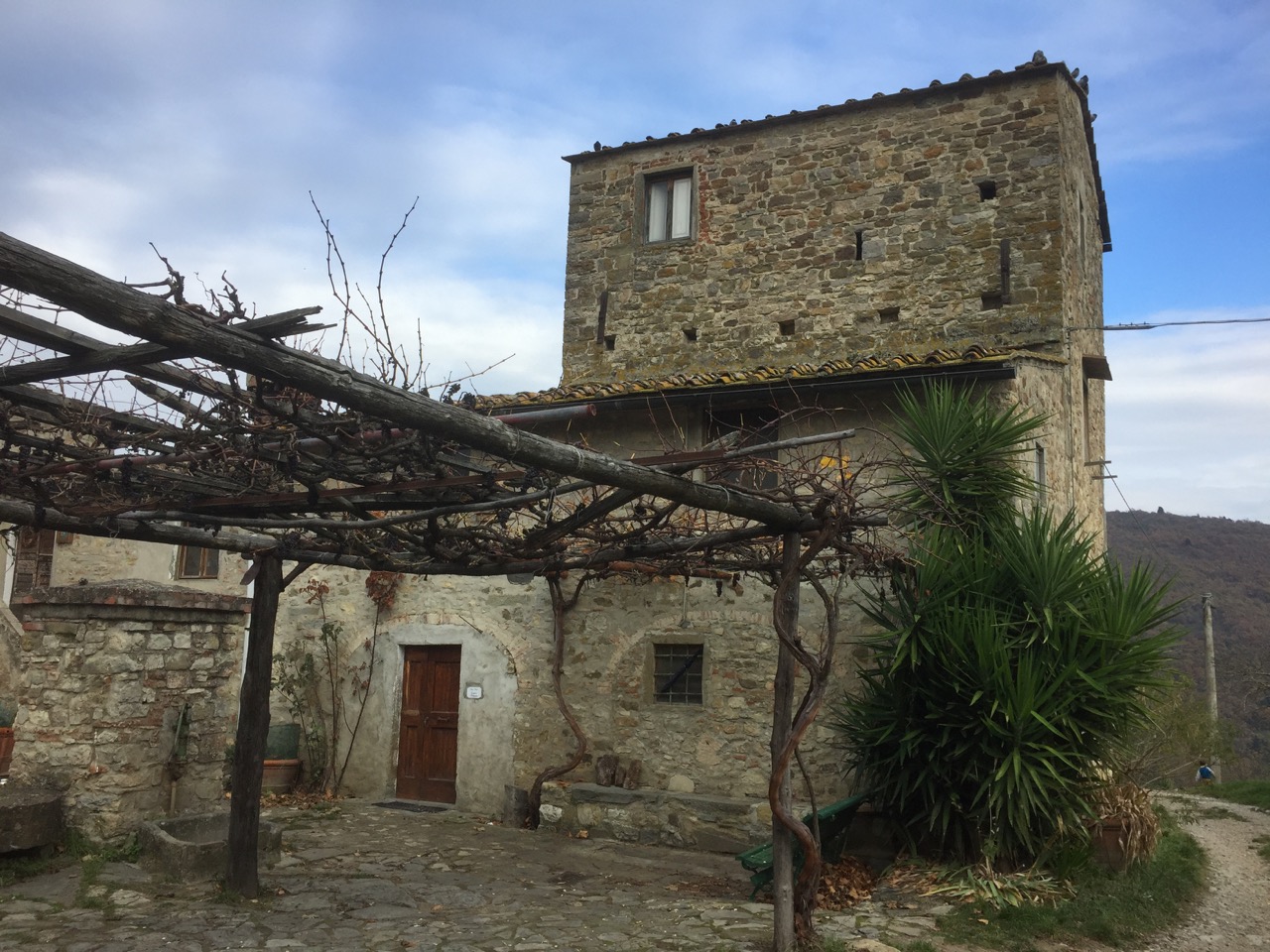 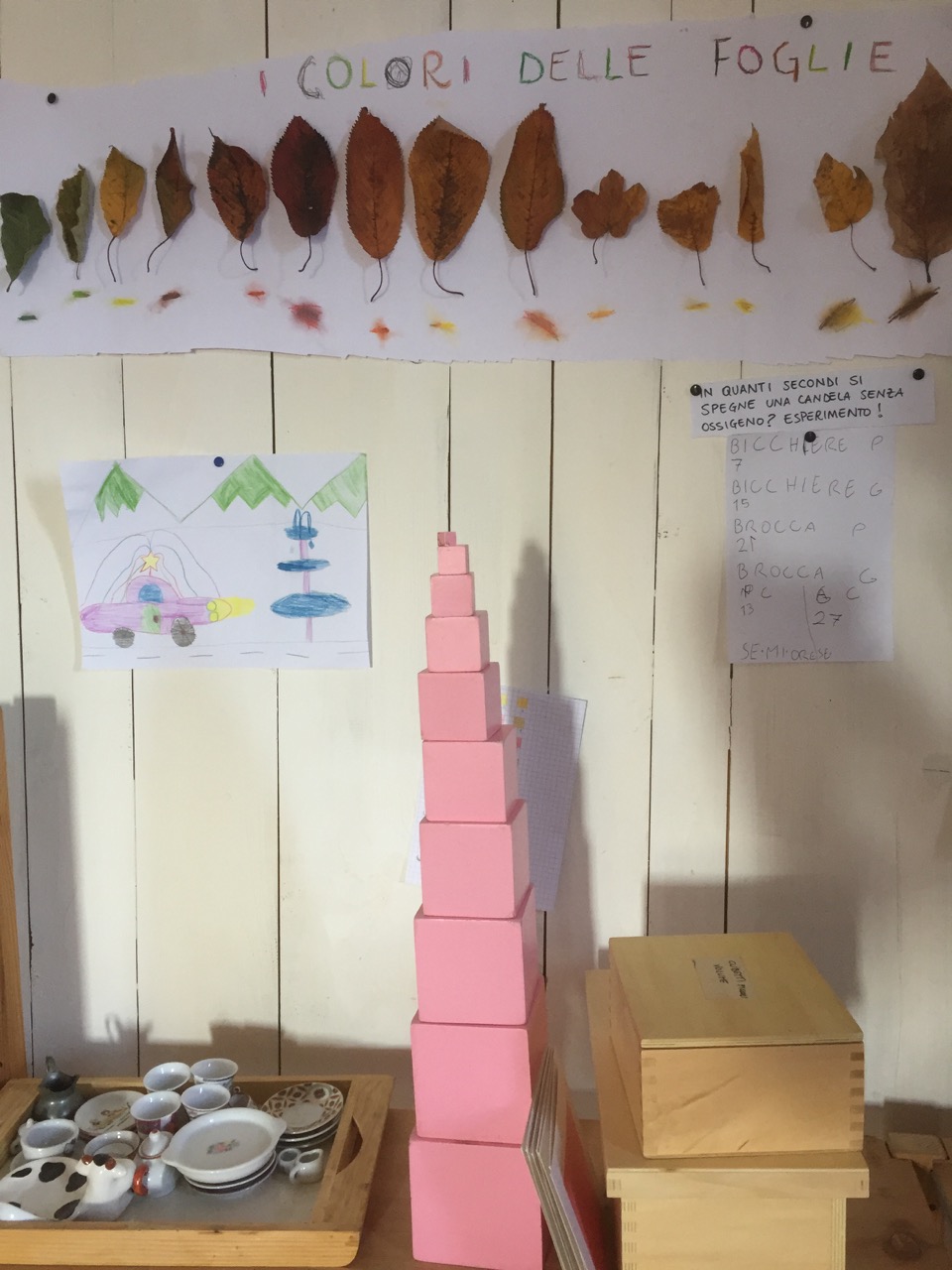 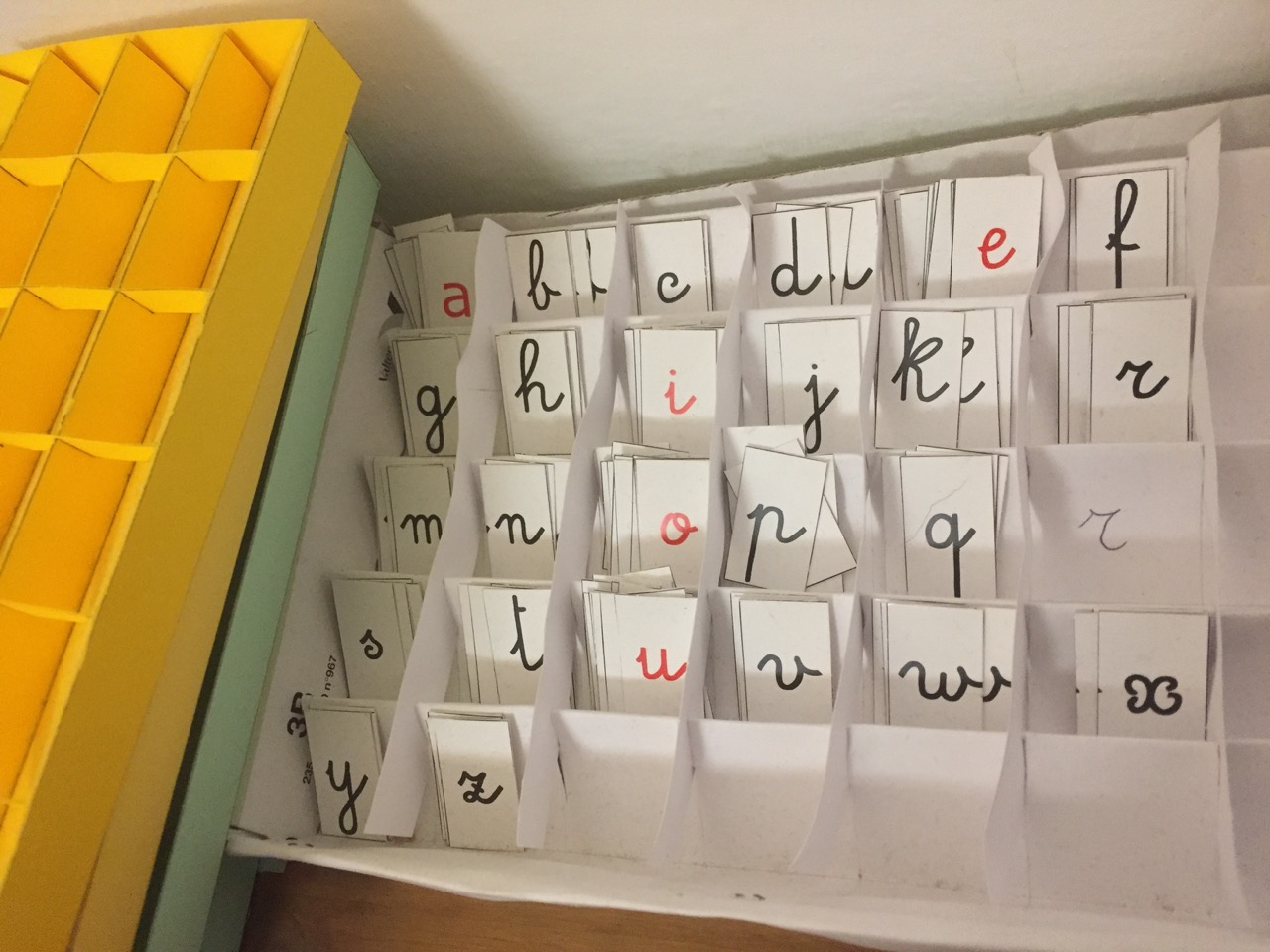 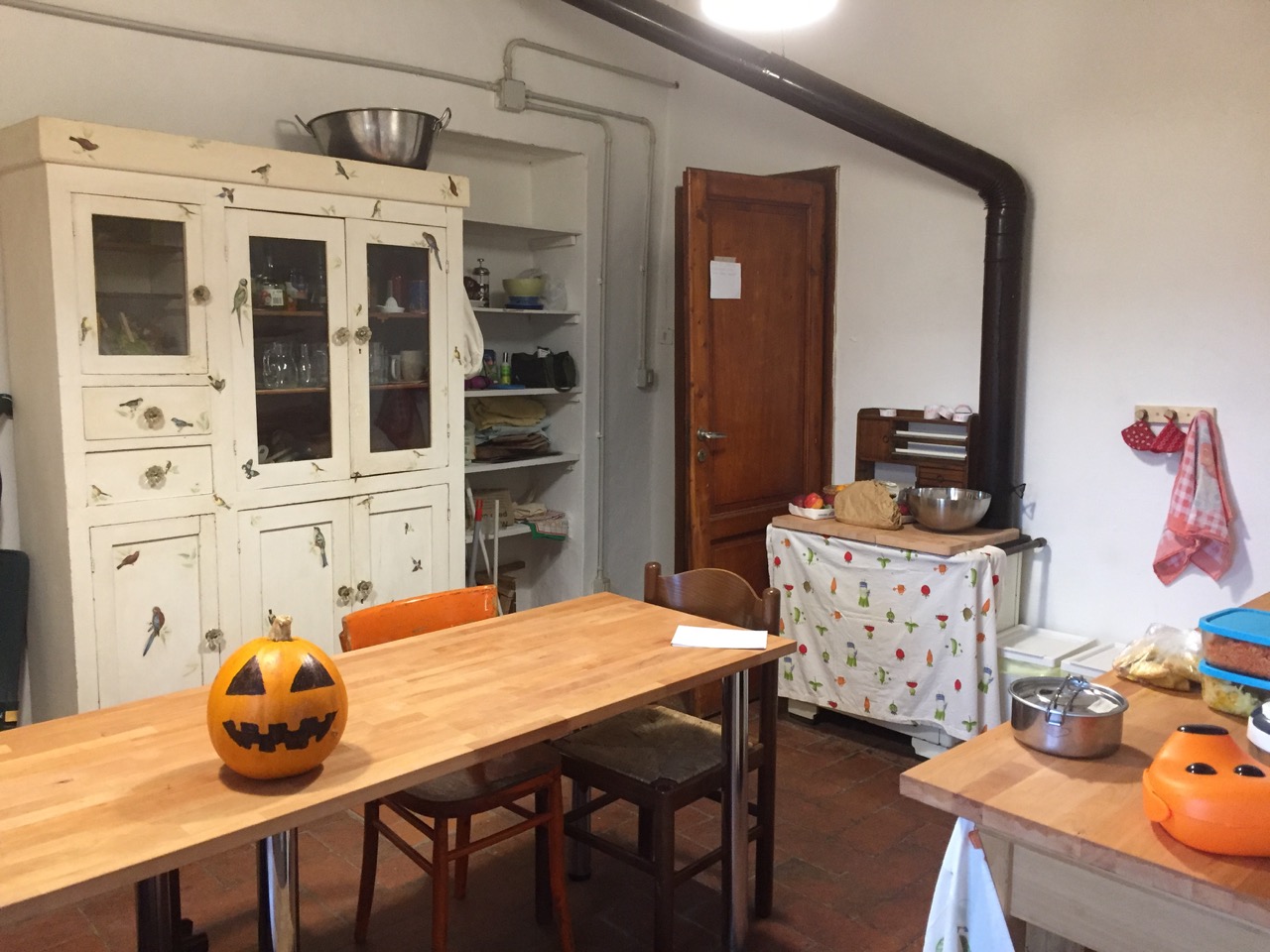 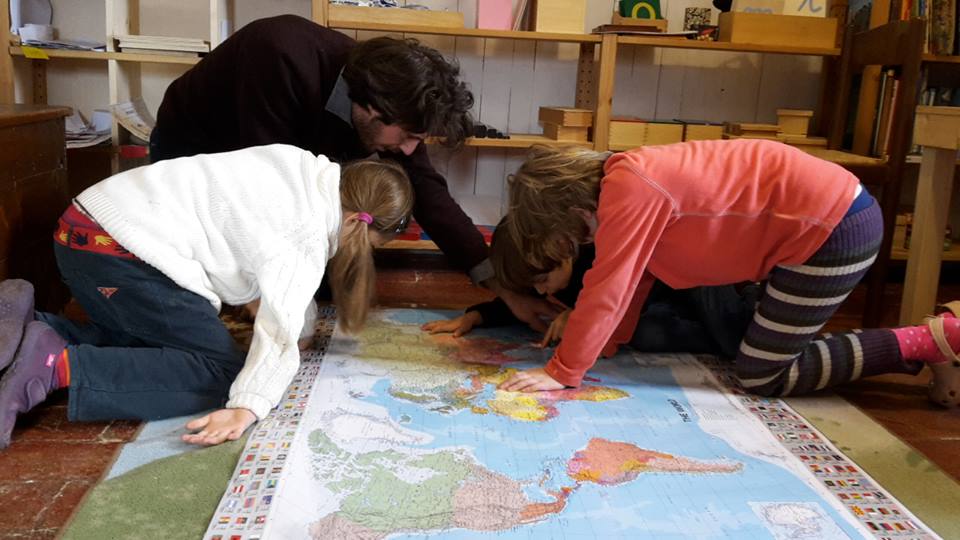 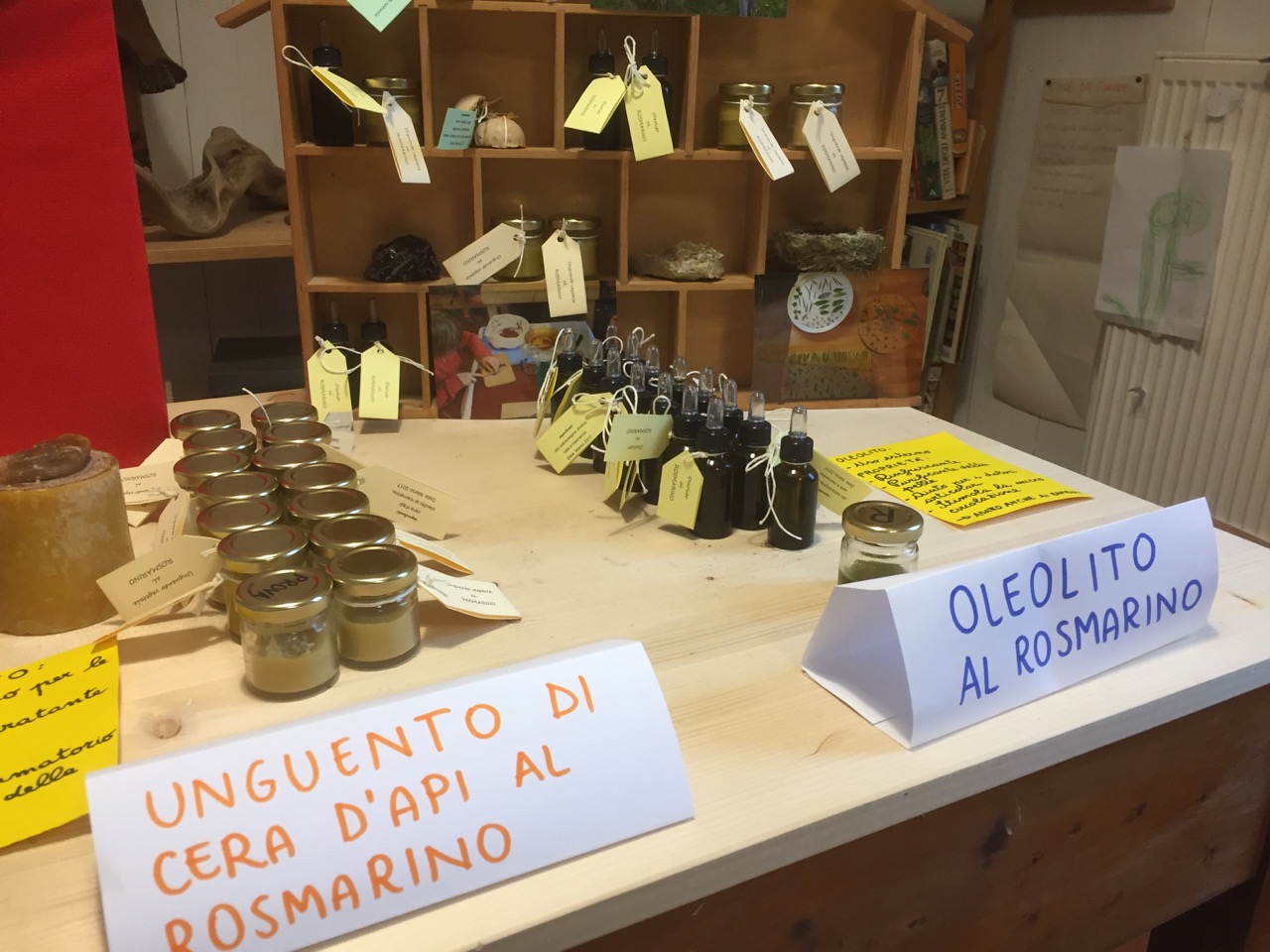 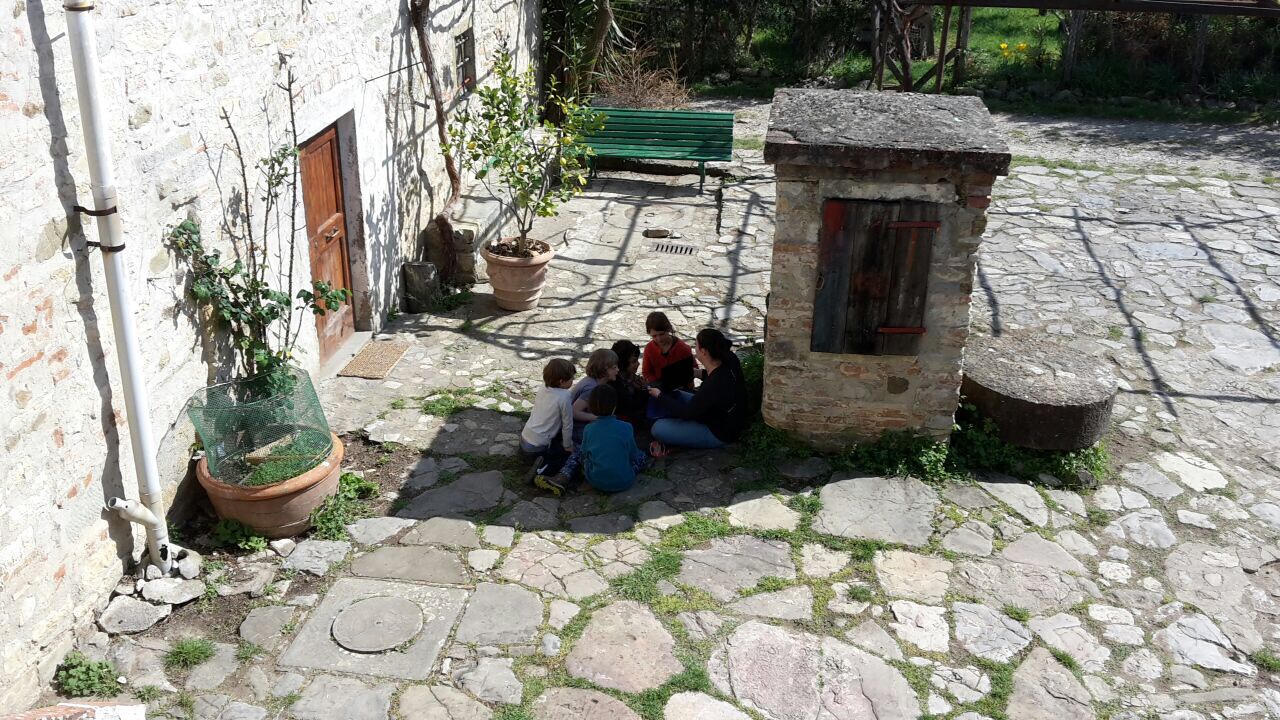 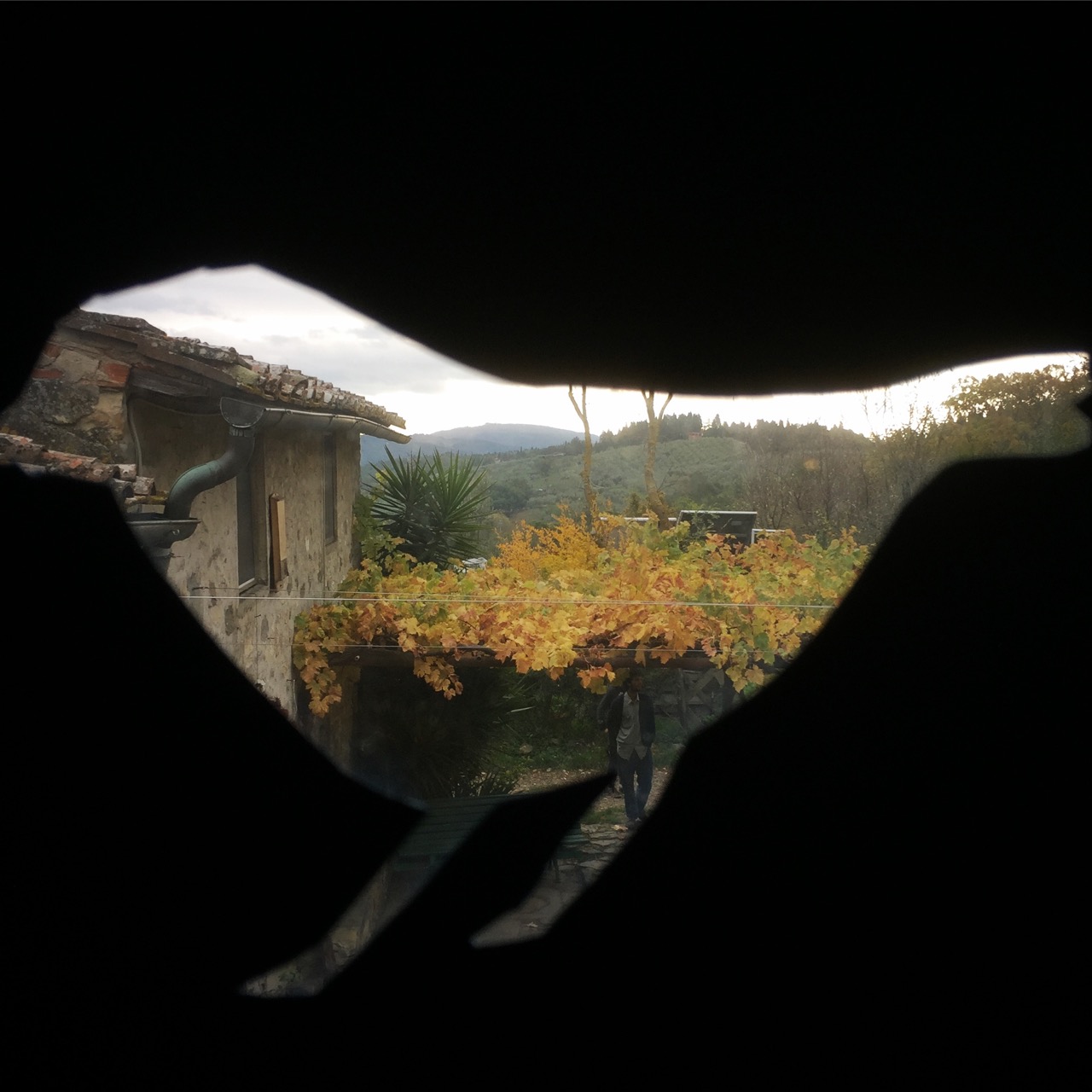 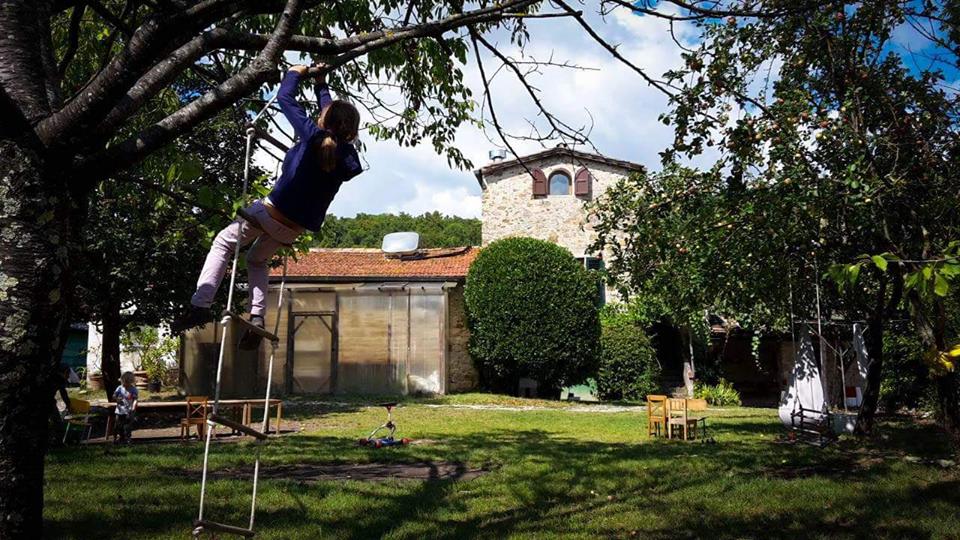 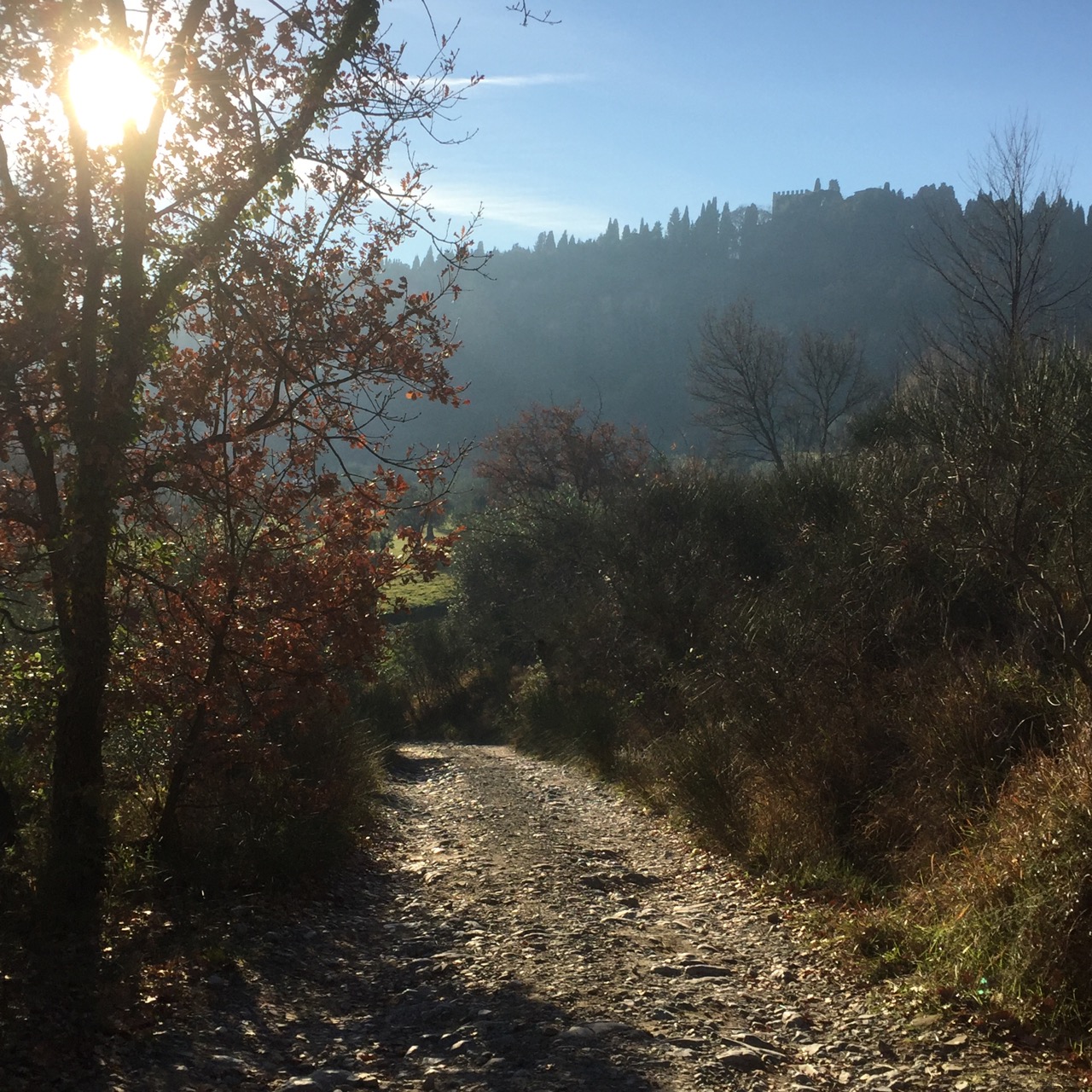 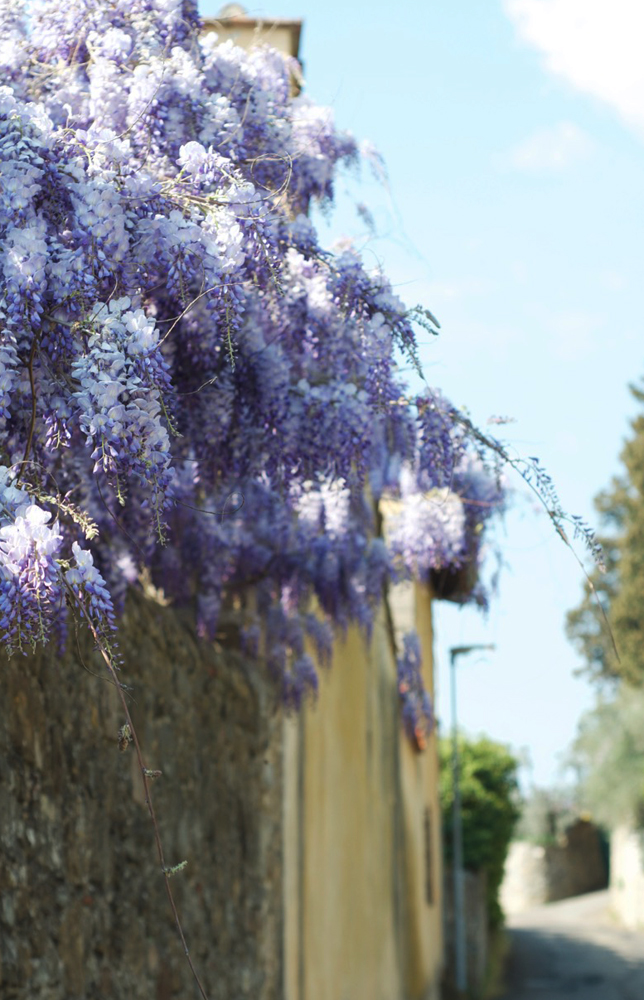 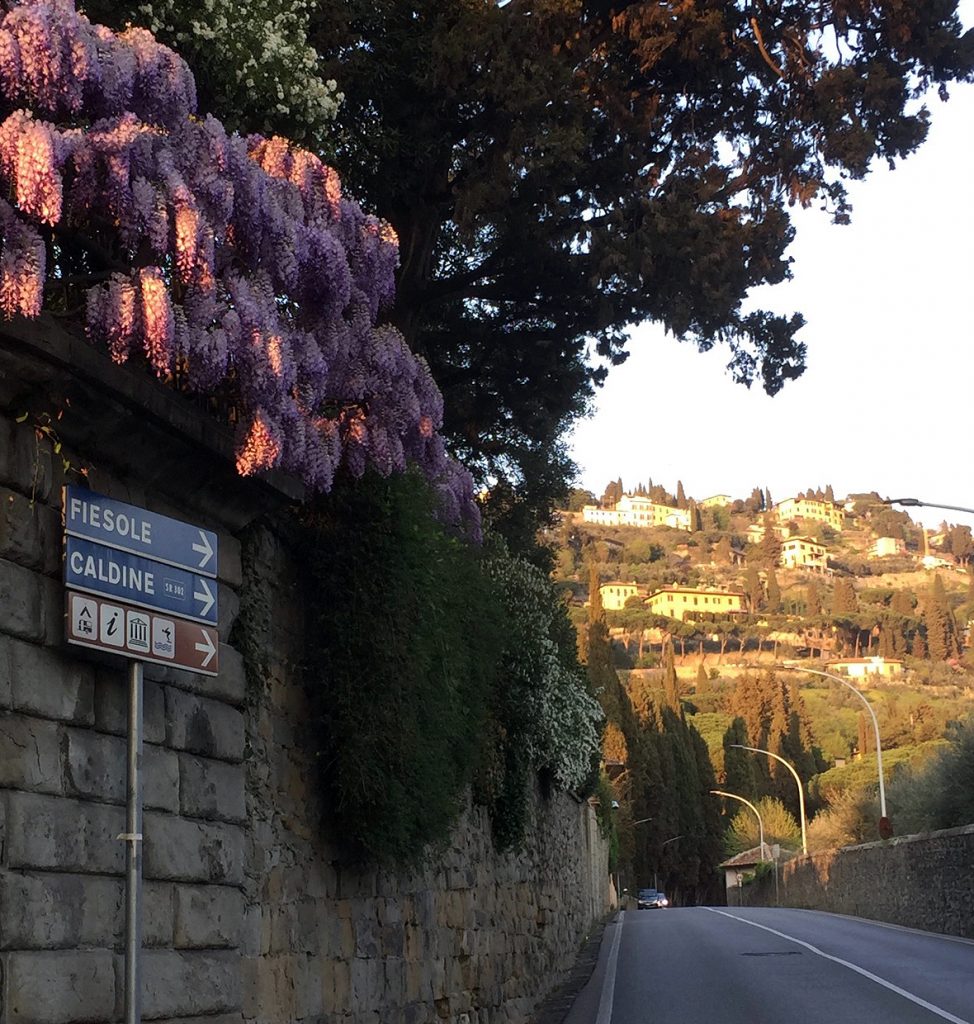 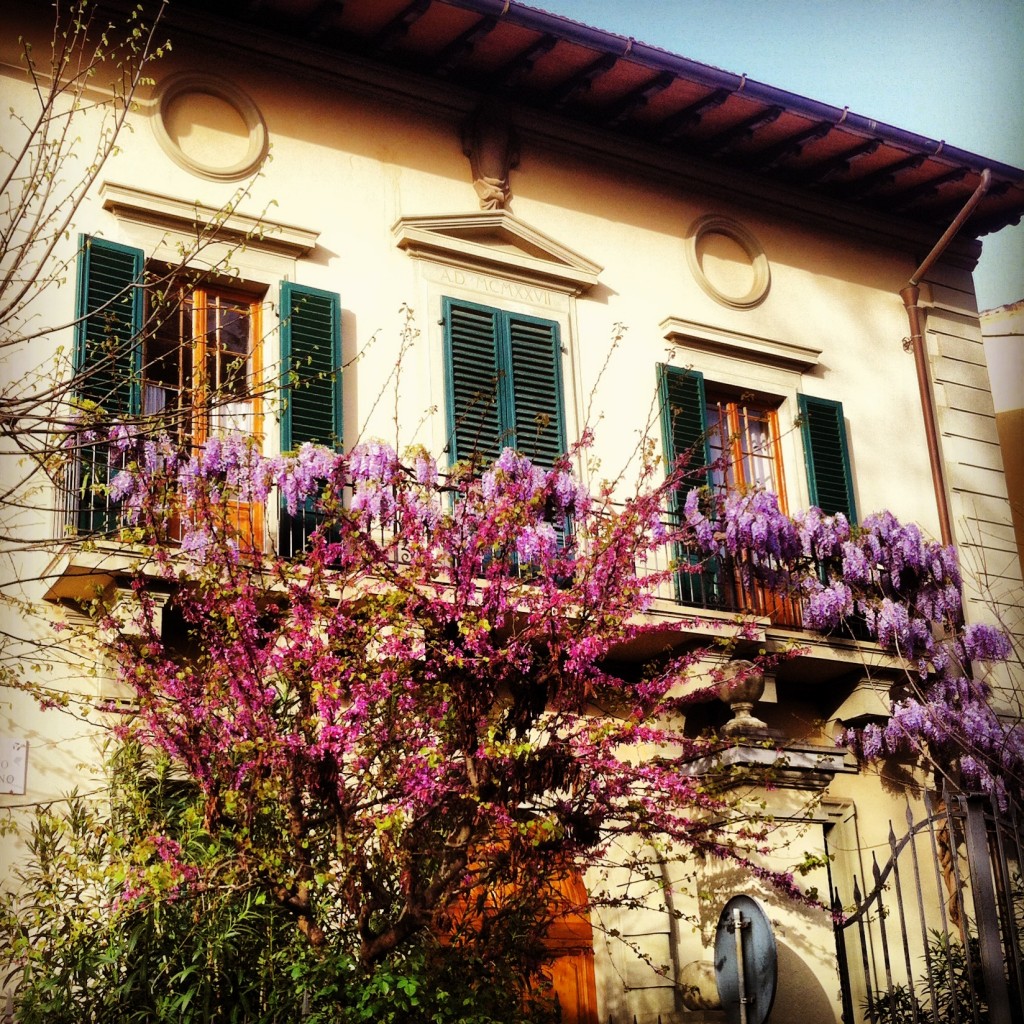 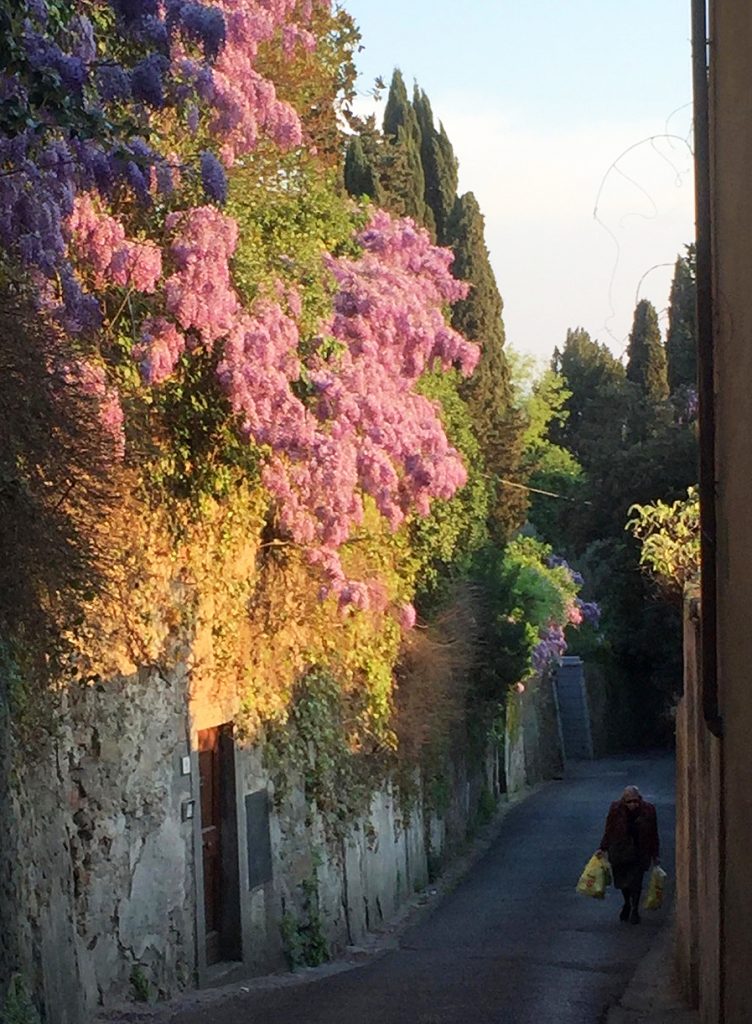 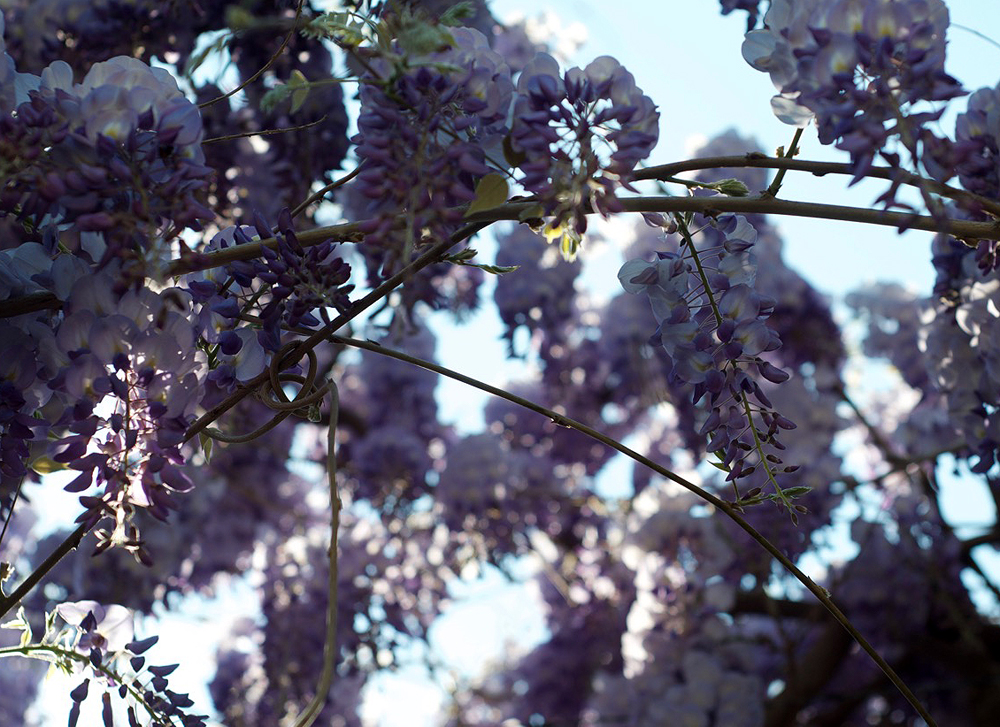