You are here: Home / Irish / With Love for the Women of Ireland

When you’re one woman, you’re a bean (pronounced ban). With another bean, you become mná. You become something new, part of a group, and granted a totally different word.

If you’re a tourist in a pub you’ll quickly learn it’s the sign you’re looking for. The Ladies: a word women only use nowadays for the loo. 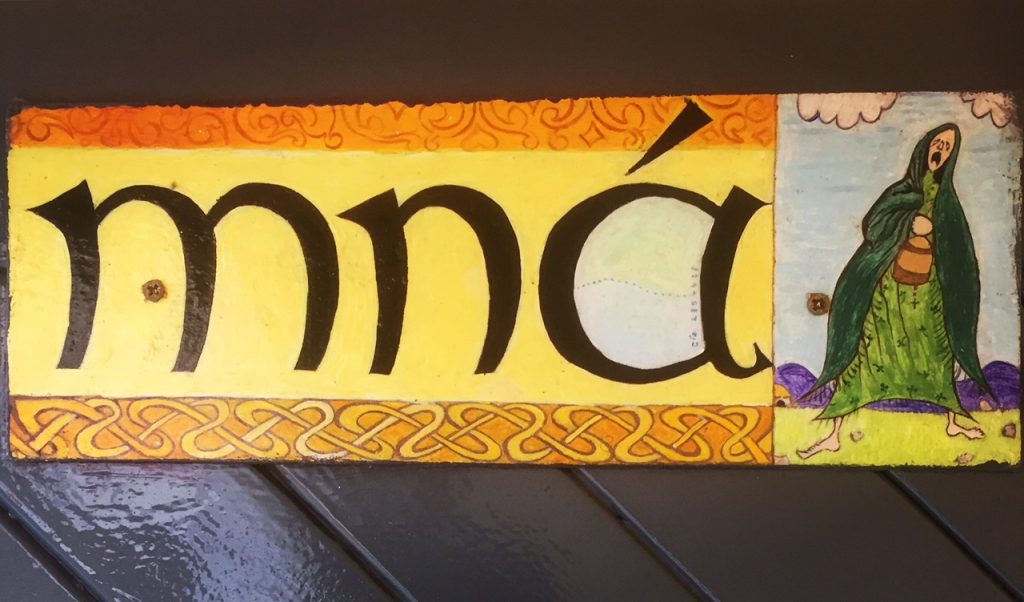 As a sidenote: the men’s loo is Fir. That’s the plural of man (fear), pronounced “far”, as in “far better off”.

Ireland to me is about the women. The last place I lived was Italy, where it’s all about the mother, where a woman is still often defined by her relationship to her children, her man (and where about 150 women are murdered every year).

You see the Madonna everywhere in Italy, she’s always beautiful.

But you don’t have to go far in Ireland either, like on a stamp, or as a plaster statue in a grotto of a church, 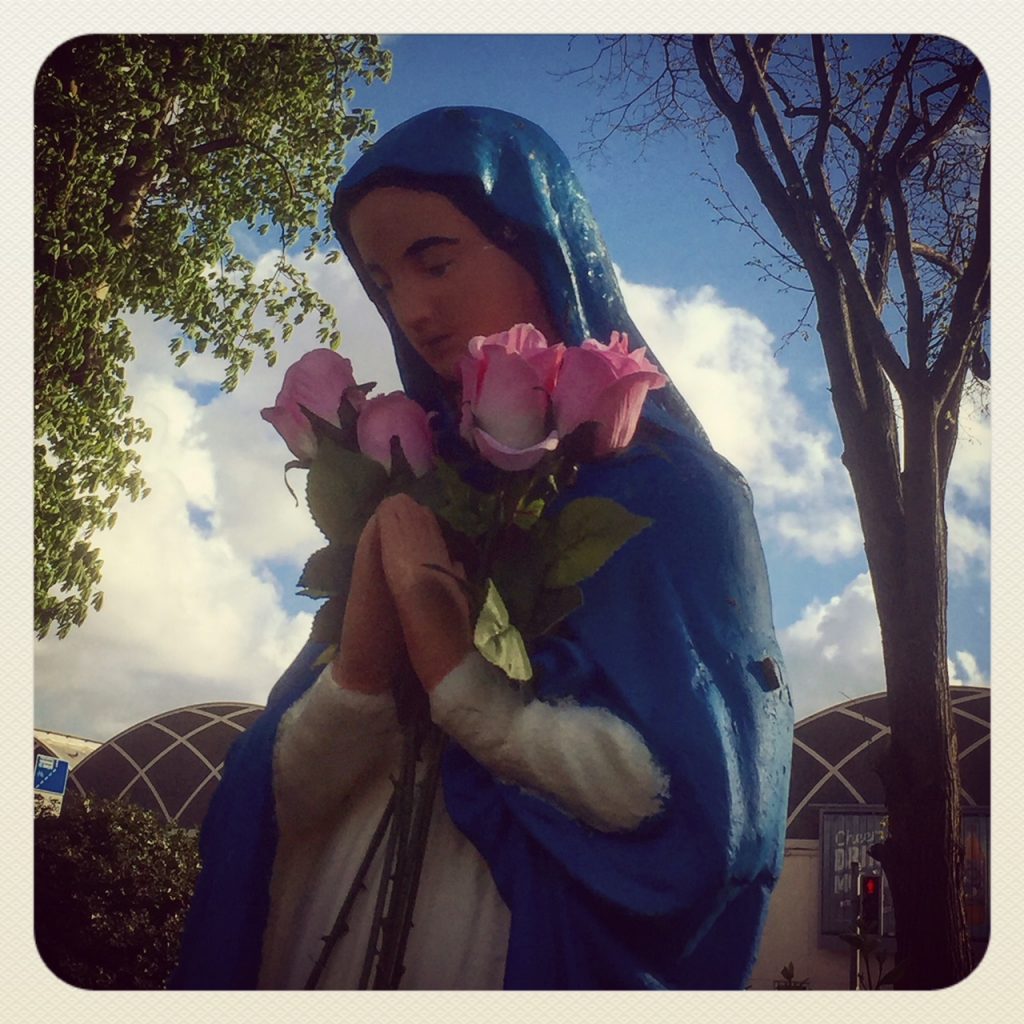 Like the grotto where 14-year-old Ann Lovett died in childbirth 34 years ago, a story that was recently brought out of the shadows again by a brave female journalist.

The Women of Ireland. This is a thing, a type of rallying cry popular during Mary Robinson’s presidency: who was, FYI, the first of our two women presidents. Some snicker at the phrase, but there’s a lovely song of it (sung here by Kate Bush whose mother was Irish) and it’s a handy moniker:

Irish women have always seemed strong to me. From the women who reared me, to the ancient queen we named our daughter after.

But it’s astonishing how much Irish women have had to put up with, for so long. And it’s frightening to see just how much we still do, in 2018. Two women murdered in Dublin in the last week, a health system that has been failing to look after us with no sign of being fixed, and of course the abortion issue. Women’s bodies are on full display for everyone to discuss these days.

But these Irish women are fighting for change, and they will not let up. I’ve been truly amazed by them, saying what they think is true, and fair, on Twitter, on the telly, holding hand-painted posters on street corners, discussing, sharing their stories, showing and asking for compassion.

We’re not going to stay quiet, not with the strength in our numbers. Not a single bean, but mná.

The word for Yes. It rhymes perfectly with Mná.

“Yes for Women”. The Irish version of the Yes that will hopefully, in this week’s abortion referendum, cause a sea change for women’s health.

“If we valued women as full human beings, we would not be having the debate you’re having in Ireland.” 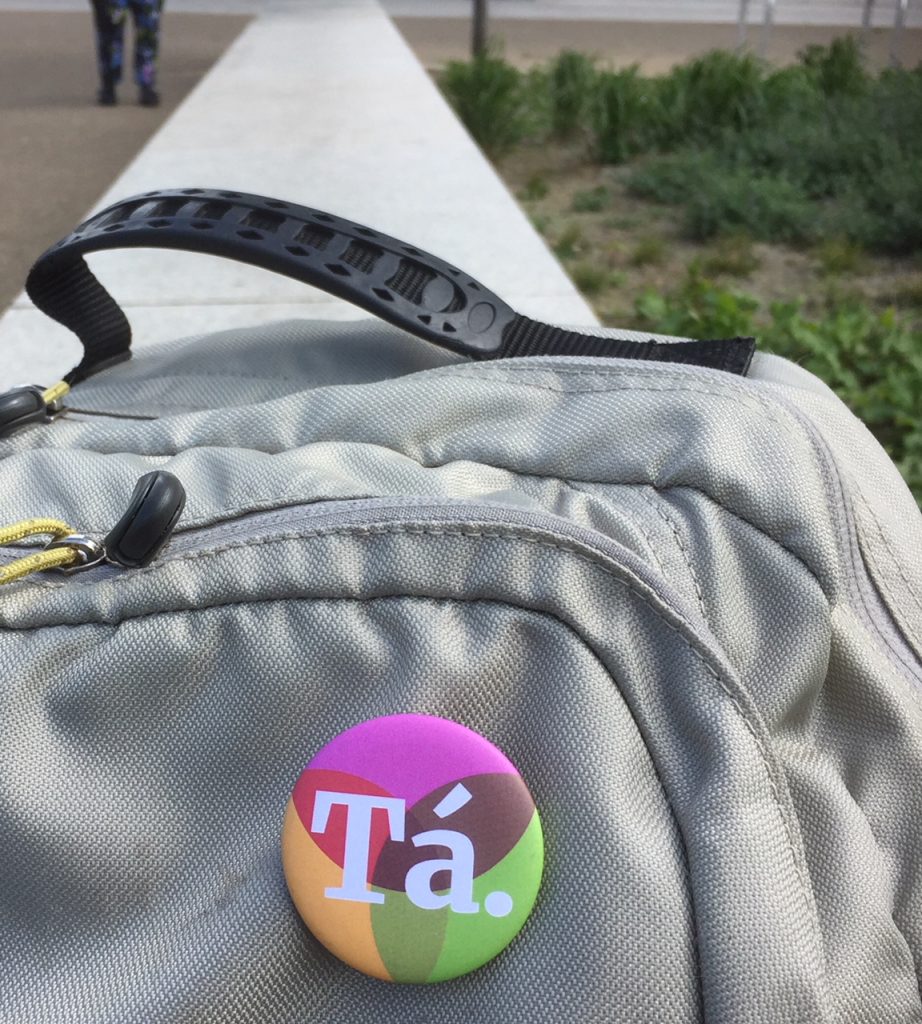 The word for love – how beautifully that fits.

Tá for Grá for Mná

Love for the women, not just the Irish ones. Love among the women for all the women.

I’m just one woman, one bean, but when my daughters grow up the three of us together will be Mná. Among all the other Mná.

Here’s a good overview on the BBC of the Irish abortion debate of the last 30 years.