It was a moment of joy – lykke – when I found this old tin of Norwegian skincream in yet another half-opened box from our shipment of stuff in our new house in Dublin. This is the second time we’ve moved country with kids and of course, all our worldly possessions were put into boxes (or last-minute suitcases).

Much of our belongings were shed, some of them was lost along the way (our towels?) and a fair amount is still unsorted rubbish. But when I saw my youngest’s skin starting to react to the damp Irish climate, I really hoped that I had saved this magical lavender-scented cream we used in Norway, the only one of many that actually worked and which was never used during our 2 years in the mild air of Tuscany. “Is that the nice-smelling stuff you’d put on me before I went out to kindergarten?”

It’s so Norwegian, I love it. I read somewhere that the recipe came from some nuns on a remote island in the north, and just the name is such a joy – Lykkelig som liten, Happy as a youngster. 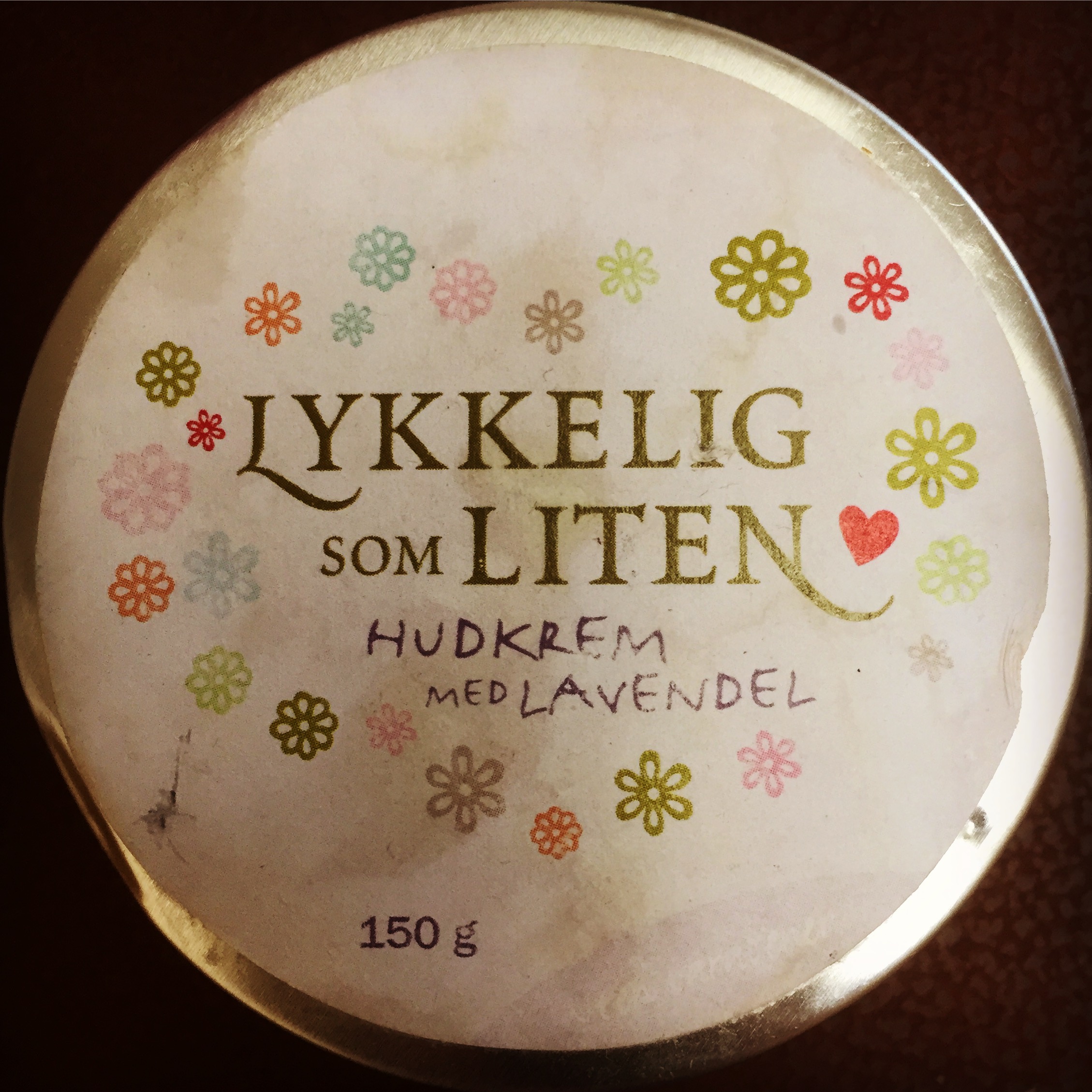