You are here: Home / Florence / Manhattan in Florence

I was excited silly to pass this movie poster yesterday morning at the Stensen in Florence – for shows this weekend of a revamped version of Woody Allen’s Manhattan, in English – and as my kind co-parent was with me, he agreed to mind the kids that evening so I could go to and see it. And I did! 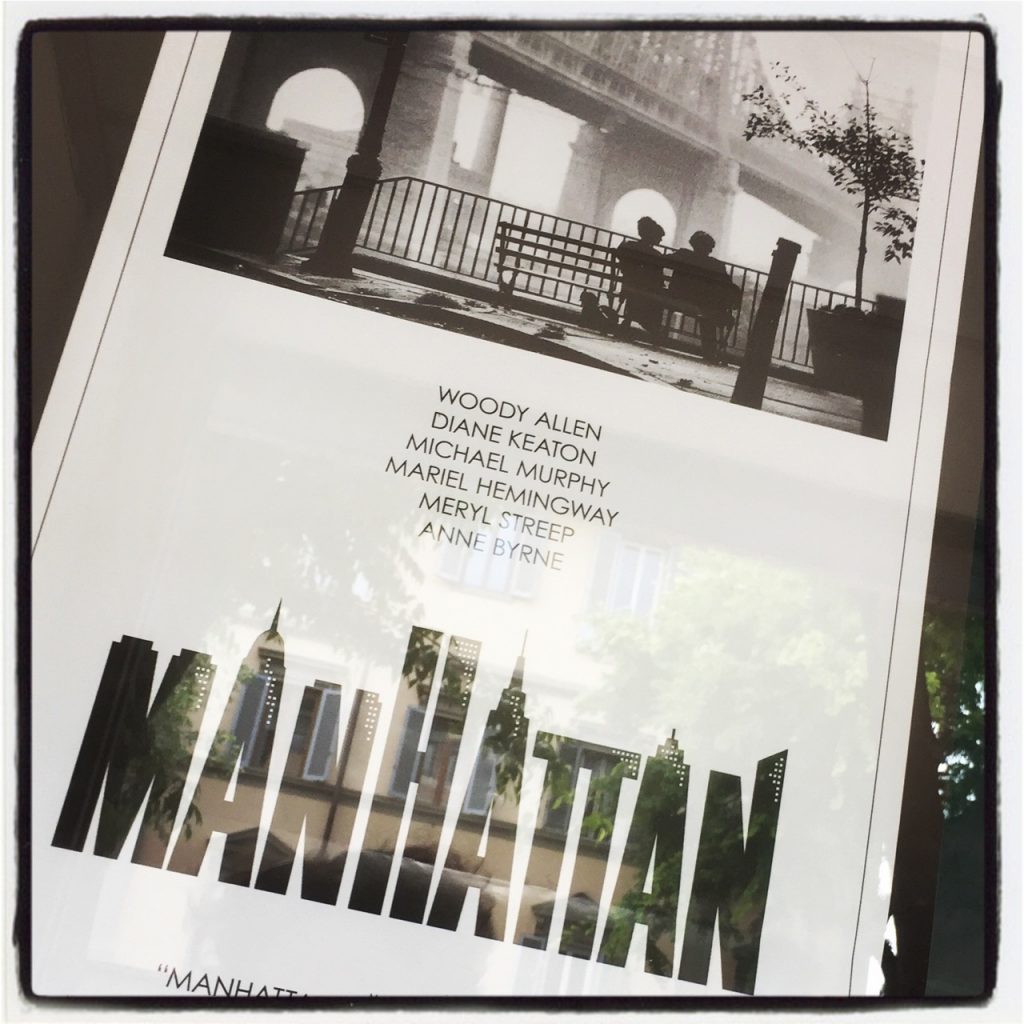 Italians are very serious about their cinema. Everyone seems to have studied the great masters, know all about Italy’s place in neo-realism, key directors and movements. When I studied in Florence back in the early 90s I took a course on the history of Italian film. Needing a break from Antonioni and Pasolini I felt a strong need to attend each week’s English-language programme in Florence, Hollywood specials. I had no TV then nor, oddly, any internet either – so what did I do? 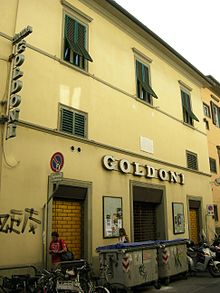 On Thursday nights I’d cycle across to the other side of the Arno and join the other temporary foreigners outside the Goldoni Theatre (now thankfully back in service as a theatre). The ticket was, I think, 4,000 lire and there was a bar, which still seemed out of my studenty capacity. There was usually a double-bill and a couple of us were known to find a way to stay out of sight, with the help of the enormous red velvet curtain in the foyer, to ensure we got to see the second film.

This was 1993, the year of Schindler’s List, Fearless, The Age of Innocence, The Fugitive, The Piano, In the Name of the Father. Wasn’t I lucky?

I’m a middling Woody Allen fan and it’s been years since I’ve seen any of his films – they never showed up on Norwegian tv, are in the local library here (see my other blog post on that experience) and I’m too old to be a downloader. What I’ve been craving about him, or at least his old classics, is the New York spirit only he can endow us through his words, images and neuroses. I lived for 4 years in New York and studied some photography courses, going to many movies there too, so it’s in my bones.

So how was the film?

Someone from the cinema stood up to give the requisite Italian lecture before any public event. He was younger than me and I was younger than the rest of the audience, but he was the expert in the room. He explained that this was a digital version made from the original negative: “I can see there are a lot of movie buffs in the cinema, I’m sure you’ve all seen this classic many times on TV, but you should know the story well so you shouldn’t have any trouble following the subtitles … the people in Bologna offered us a dubbed version, and we all of course love the great Italian dubber from the original … but I’ve watched the first bit and I’m sure you’ll find the dialogue easy to follow … and the philology fits with this overall genre, such as it is …”, more waffle and then shuffling of feet “…. anyway let’s roll the film“.

Seeing a Woody Allen classic after many years, and now as a parent, I saw it in a different light. It turns out I am now the age Woody Allen was in the film, 42. Imagine! I found the story to be very tender, not much happens except relationships folding and unfolding. I’m sure many have found it dated, out of whack, hard to relate to, but I enjoyed its honesty and simplicity

“I think people should mate for life, like pigeons or Catholics.”

I was surprised to find the female characters to be just as interesting and grownup as the men, it wasn’t quite as sexist as other old movies we’ve been watching with the kids at home, although everyone in the cinema (and most of the characters in the story) seemed a bit squeamish about Woody’s 17-year girlfriend. The main supporting character is of course the gorgeousness of New York, shown off with a lush Gershwin score. The style of filming is amazing, the photography fantastic and the city is still fresh after all these years.

“Why can’t we have frankfurters?
– Because, this is the Russian Tea Room.”

No-one in the film has a cellphone or laptop, Diane Keaton (who’s amazing) has one up on Woody Allen by having a typewriter in her apartment (smoking while she taps away at it), and people went for walks, sat at the movies, got bored, and most of all – had long conversations. Do they still do that in New York? They ceratinly do here in Italy and that was the most old-fashioned thing about it. It wasn’t dated though, the anxieties, feelings, confusions of the characters feel just as fresh to me, though no doubt many other updated viewers will disagree.

“I can’t express anger. That’s one of the problems I have. I grow a tumor instead.”

The Italians in the audience chuckled as much as I did, mostly at the same jokes. They were a very appreciate audience, one of the best parts about going to the cinema. I noticed that almost all the superlatives in the film – terrific, wonderful, amazing, awesome – were translated to Italian as perfetto (perfect). That’s quite a task for a translator – Woody Allen.

“It’s an interesting group of people, your friends are.
– I know.
Like the cast of a Fellini movie.”

Call me when Annie Hall is showing. 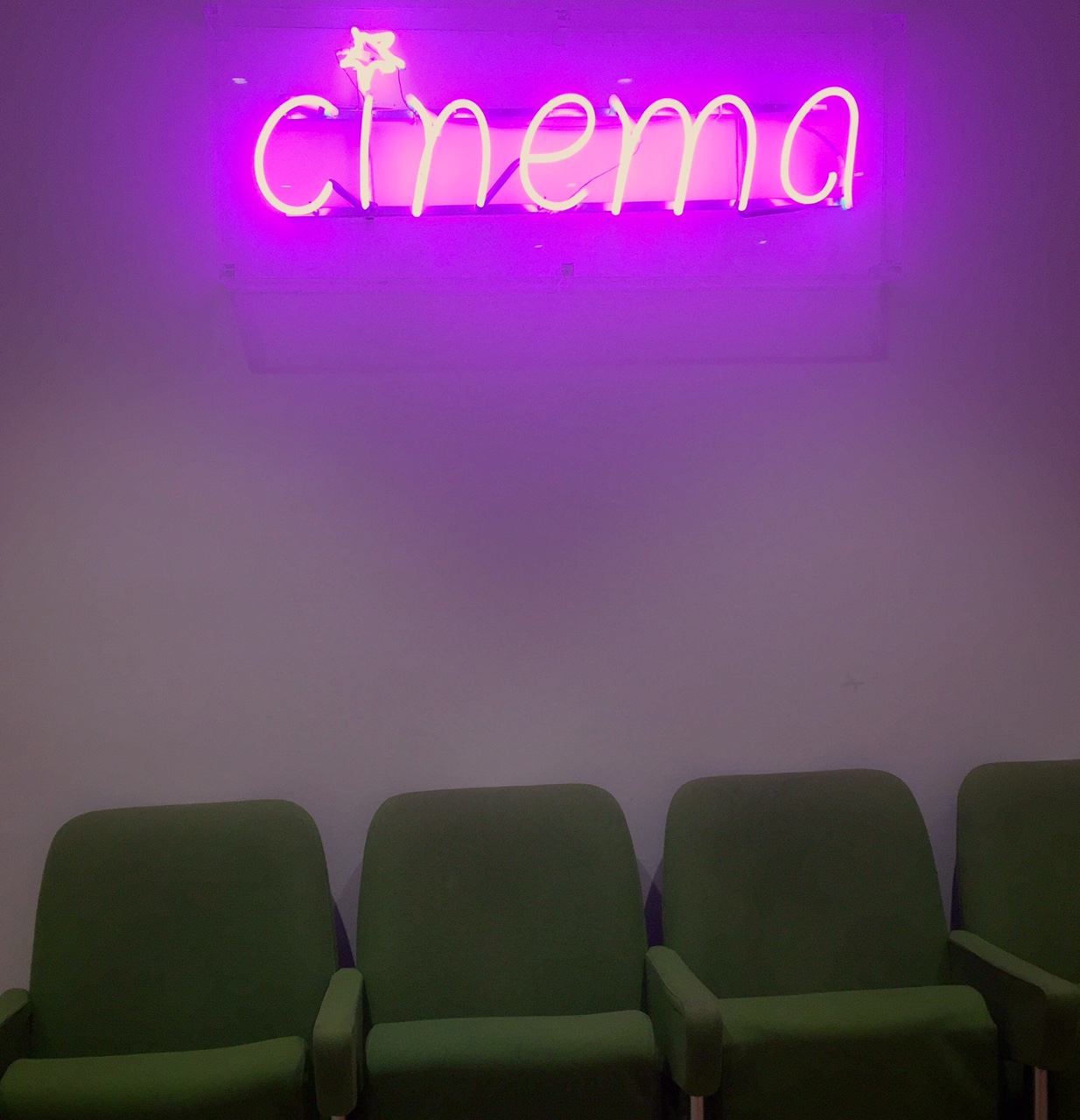