You are here: Home / Dublin / An Old Dictionary

Our 9 year old needs an Irish dictionary for school. She’s been in school in Dublin for a year now and has managed to catch up really well with learning Irish. All the other kids started when they were about 5. Even if you speak another language, which she does (Italian), Irish is not necessarily a no-brainer. It’s about as un-phonetic as you can get which makes it hard to pronounce, has a complex grammar, and it’s not like you hear it spoken on the streets every day.

We were out at the weekend and wandered into a charity shop in Dun Laoghaire. They had a few dictionaries in their books section and two of them were basic Irish pocket dictionaries like this. They’re meant for school use – sure where else would you be using it? This edition was dated 1993 but I figured that was recent enough, it couldn’t have changed too much since then.

I bring it to the man behind the counter, taking care not to let her start rummaging in the little baskets of plastic jewellery on the countertop. He hands the book back to me, saying there’s no charge. “I always give dictionaries to the kids for free”, he says. “You know, they need them for school, so why should they pay?”

I should have asked him if he knows what ever happened to Sean and Melissa. I wondered what happened there. 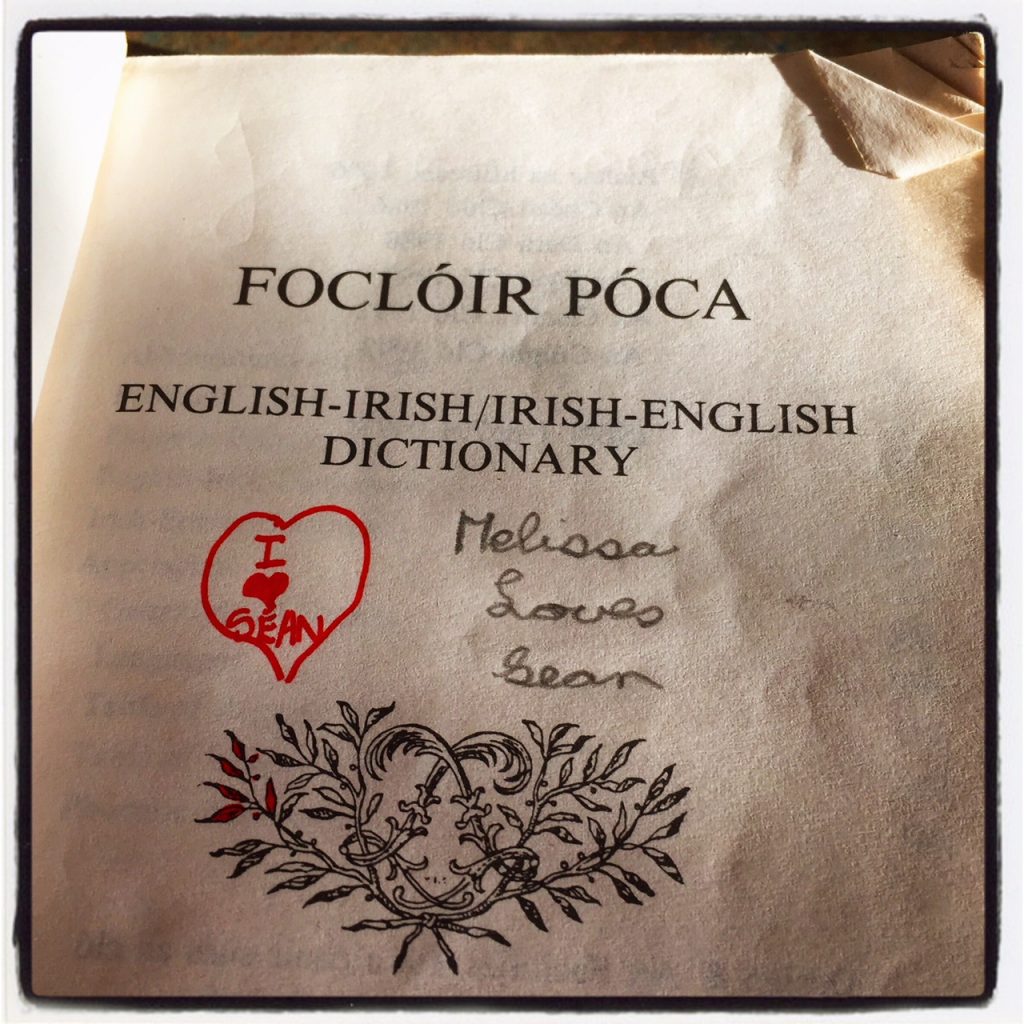